SEOUL, Feb. 24 (Yonhap) -- The ruling Democratic Party will push for electoral reforms, including changing the single five-year presidential term to a renewable four-year term, in an effort to forge national unity and increase the political participation of minor parties, its chief said Thursday.

DP Chairman Rep. Song Young-gil announced the measures in a press conference at the party headquarters in a likely bid to forge a coalition with minor opposition presidential candidates ahead of the March 9 presidential election.

Song said the measures will center on reforming the government, the electoral system and revising the Constitution. 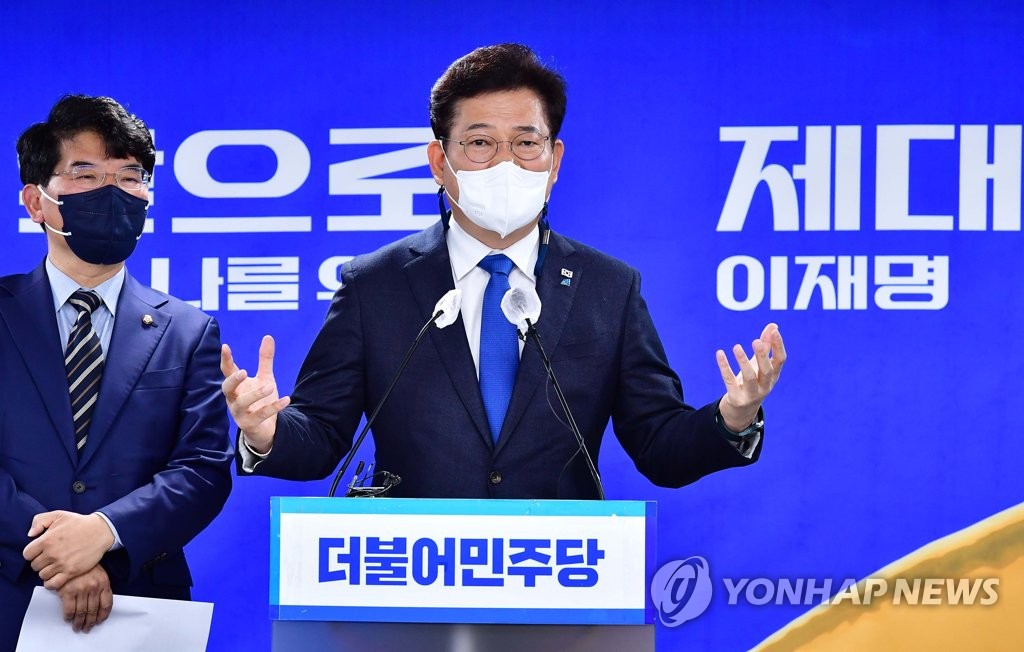 The plan for government reform includes introducing a new system of the ruling and opposition parties jointly recommending a candidate for prime minister.

To achieve electoral reform, Song said his party will push to realize a multiparty system in practice by preventing the creation of splinter parties in parliamentary elections.

Song also said his party will aim to "democratize" the power structure by revising the Constitution to change the current single five-year presidential term to a four-year, renewable term.

"To ensure the implementation of these political reform measures, we will launch a special political reform committee for national unity at the National Assembly as soon as the presidential election is over," he said.

The committee will be responsible for pushing relevant legislation and starting the process for electoral reform within six months of the launch of the next administration and for constitutional revision within a year.

"Although the Democratic Party is the first to propose a politics of national unity, we will not insist on our own proposals," Song said. "If the direction is the same, we would gladly add and supplement the details. If many parties and candidates debate and pool their wisdom, I am certain we will achieve even better results."