SEOUL, Feb. 24 (Yonhap) -- Employment for wage workers in South Korea grew at a slow clip in the third quarter of 2021 from three months earlier amid the coronavirus pandemic, data showed Thursday.

The number of paid employee jobs came to 19.6 million as of end-September, up 2.6 percent, or 491,000, from a year earlier, according to the data from Statistics Korea.

The tally was much lower lower than an on-year increase of 681,000 in the second quarter of last year.

In the wake of the COVID-19 outbreak, the accommodations and food service industries shed 29,000 jobs in the three-month period. Jobs in the public administration sector also fell by 30,000.

Yet the manufacturing sector added 53,000 wage workers in the July-September period, with jobs in the health and social welfare segment surging by 137,000.

The manufacturing industry accounted for 21.1 percent of the total, the largest among all industries, followed by the health and social welfare sector with 11.5 percent and the distribution industry with 10.8 percent.

By age, the number of jobs for those in their 60s or older swelled by 243,000, the highest increase among all age groups.

The number of jobs for men expanded by 203,000 in the third quarter from a year earlier, with those for women increasing by 288,000.

The data showed men accounting for 57.3 percent of the total wage-worker jobs in Asia's fourth-largest economy as of end-September. 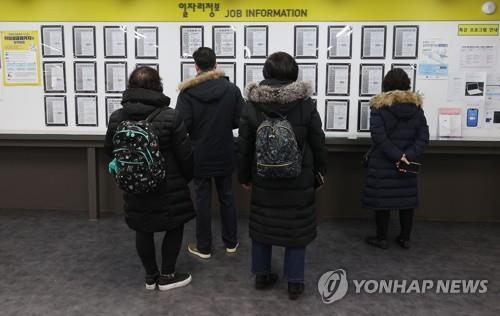 Growth of wage worker jobs slows in Q3 amid pandemic

Growth of wage worker jobs slows in Q3 amid pandemic