SEOUL, Feb. 24 (Yonhap) -- The United States has deployed an unspecified number of F-35A radar-evading fighters to Japan, its military said Thursday, in an apparent move to reinforce deterrence against an assertive China and a nuclear-armed North Korea.

In a statement on its website, the U.S. Indo-Pacific Command said the F-35As from the 354th Fighter Wing in Alaska were deployed to Kadena Air Base, Okinawa, on Sunday to conduct "integrated air operations."

The fighters' arrival came after the U.S. military deployed four B-52 nuclear-capable bombers to Guam earlier this month to support training efforts with allies and partners.

"Their arrival signals the continuing effort to refine the U.S. Indo-Pacific Command's warfighting capability through agile combat employment, which supports the National Defense Strategy to develop a more lethal, agile and resilient force," the command said.

The U.S. Air Force "uses a flexible theater posture" to "support our allies and partners in a free and open Indo-Pacific theater," it added.

The U.S. has recently been demonstrating its military heft by relocating its strategic military assets to the Indo-Pacific region.

The move came amid speculation that the North could stage a major show of force in time for the 110th birthday anniversary of North Korean leader Kim Jong-un's late grandfather and national founder, Kim Il-sung, on April 15.

Pyongyang ratcheted up tensions with seven known rounds of missile launches last month, including that of an intermediate-range missile capable of targeting Guam. 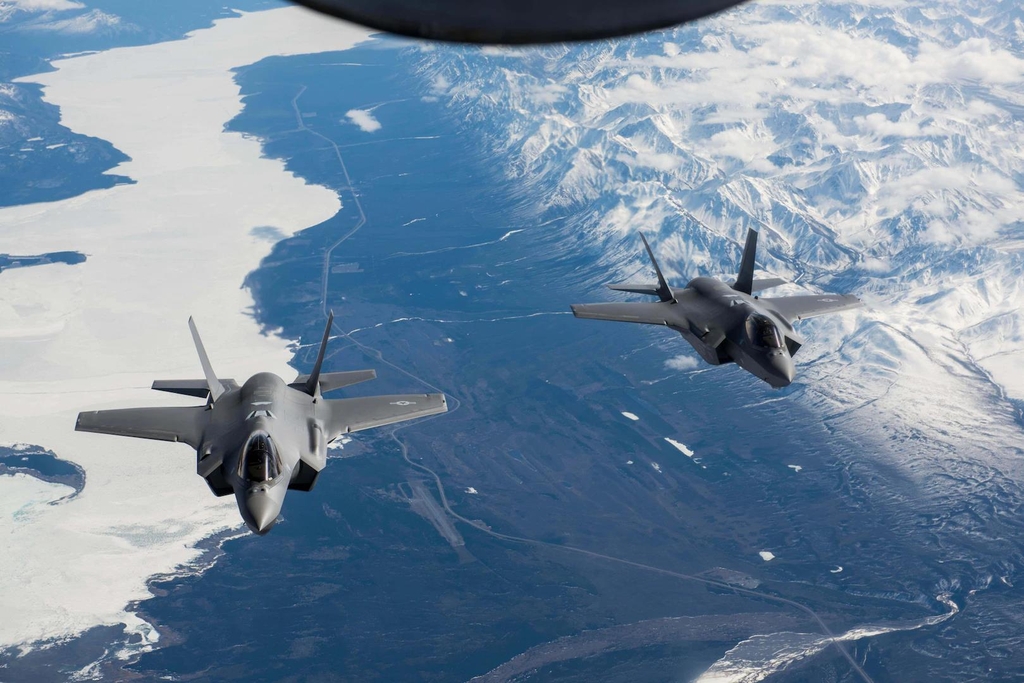