Moon made the remarks as he attended a ceremony in Gunsan, 275 kilometers southwest of Seoul, for the agreement Hyundai Heavy reached with the North Jeolla provincial government and the Gunsan city government to restart the shipyard next year.

Operations at the shipyard stopped in July 2017 amid a slump in the industry.

Moon said he is "very pleased with the decision to restart it and with everyone's efforts to not give up on the shipbuilding industry." 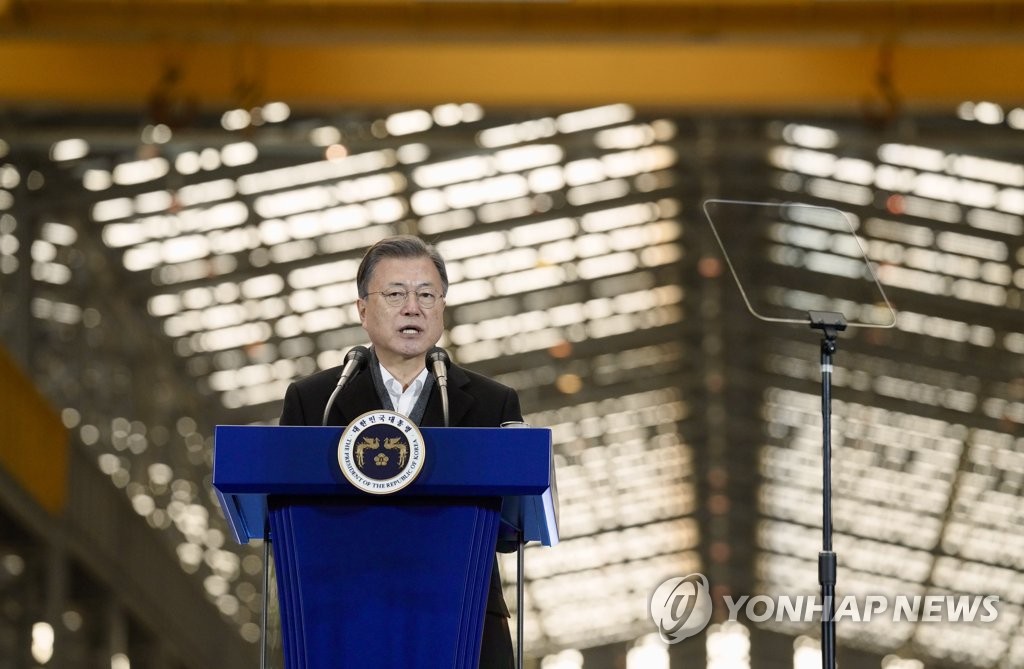 The central government will also put a priority on providing policy support to restore the shipbuilding industry in Gunsan and North Jeolla Province, Moon said.

The decision to resume operations at the Gunsan shipyard came after about four years of negotiations between Hyundai Heavy, the city government of Gunsan, North Jeolla provincial government and the local community to create jobs in the city.

The provincial government and the city government of Gunsan will provide some 60 percent of logistics costs to Hyundai Heavy for three years if the shipyard begins resuming operations.

Other financial assistance, including spending for workforce training, will be offered to the Gunsan shipyard.

For years, the Moon government has pushed for similar government-business projects in several cities to create more jobs.