(ATTN: UPDATES throughout with remarks, details)
By Kim Deok-hyun

Moon also instructed the government to do everything possible to ensure the safety of South Korean nationals in Ukraine after he was briefed on the crisis in the wake of Russia's attack, said Park Soo-hyun, senior presidential secretary for public communication.

"The use of armed forces causing human casualties cannot be justified under any circumstances. Ukraine's sovereignty, territorial integrity and independence must be guaranteed. Any dispute between countries should be resolved not through war but through dialogue and negotiation," Moon was quoted as saying.

"As a responsible member of the international community, the Republic of Korea expresses support for international efforts, including economic sanctions, aimed at curbing armed invasion and resolving the situation peacefully, and will take part in them," he said, referring to South Korea's official name. 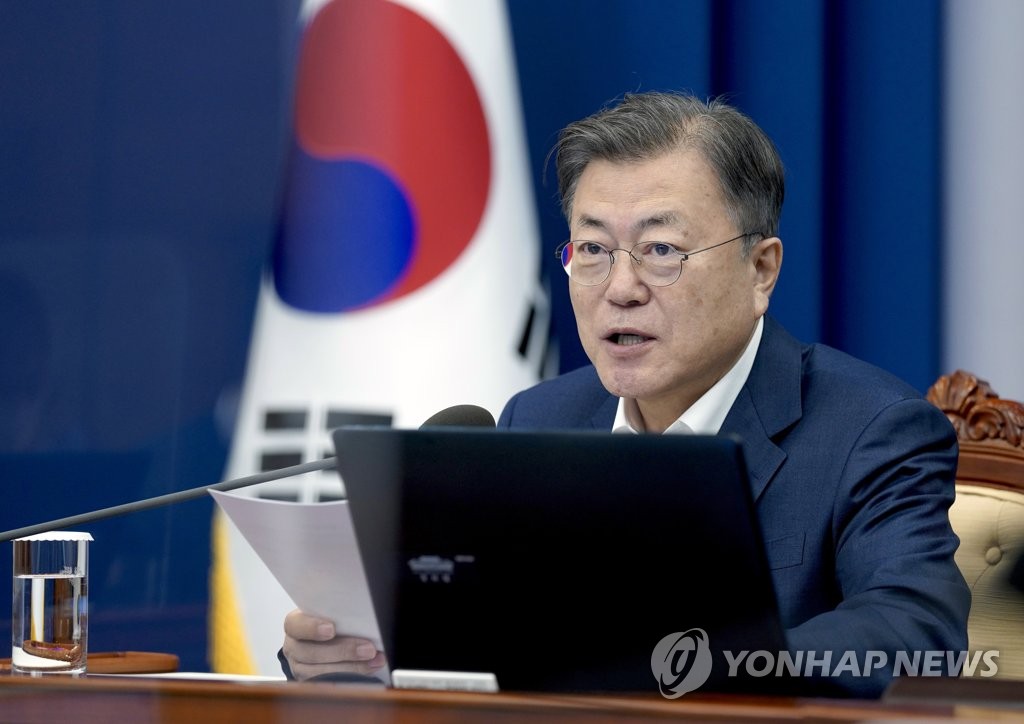 Moon called for measures to ensure the safety of South Koreans in Ukraine and minimize economic impacts.

"The government's relevant ministries should be fully prepared and take necessary measures to ensure the safety of overseas Koreans and minimize the impact on the economy and businesses," he said.

Earlier in the day, Russian troops launched attacks on Ukraine after President Vladimir Putin authorized what he called a special military operation despite international calls for a peaceful resolution of the crisis.