Lee of the liberal Democratic Party made the remarks during campaign rallies in the central city of Chungju and nearby Wonju, as Russian troops began an incursion into Ukraine. 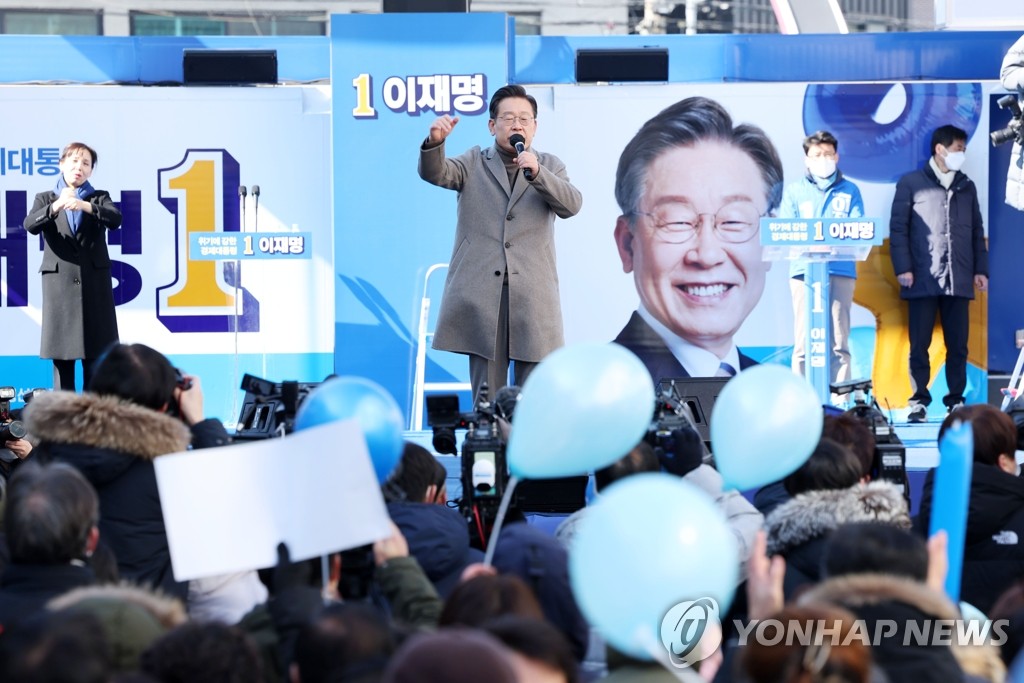 "This is happening in a different country halfway around the world, but our stock prices are going down because of it," he said.

"Because of the disruption to the so-called global supply chain and international economic order, the economic development of the Republic of Korea is at risk."

Lee said the Ukraine crisis is an example of how war impacts the economy and pointed to the risk inter-Korean tensions create for South Korean stocks.

"Our stocks are only valued at 60 percent of those of the United States and Europe because of the geopolitical risk," he said.

Lee again accused main opposition candidate Yoon Suk-yeol of the conservative People Power Party of raising fears by talking of the need for additional deployments of the U.S. THAAD antimissile system in South Korea and a possible preemptive strike on North Korea.

"If our stock prices are falling because of Ukraine, what would happen to our economy if tensions rose on the Korean Peninsula?"

The DP campaign committee said Lee will preside over an emergency party meeting to discuss their response to the Ukraine crisis, including ways to minimize damage to South Korean businesses.

The meeting will be attended by DP Chairman Song Young-gil and the chairmen of the parliamentary foreign affairs, defense and intelligence committees, as well as relevant officials from Lee's campaign team.