Some 36,000 tickets for "live viewing" of the K-pop superstars' concert on March 12 at the theaters of CJ CGV, Lotte Cinema and Megabox nearly sold out in minutes, according to the multiplex chains Friday. Each ticket costs 49,000 won (U$40). 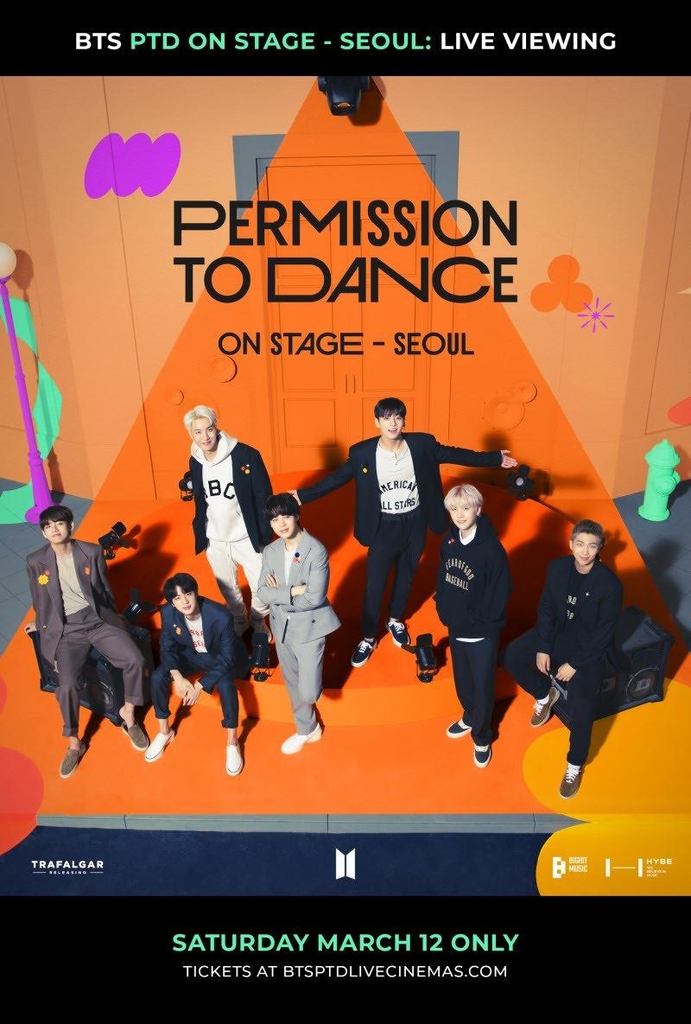 CGV opened the sales of 25,000 tickets at 39 screens nationwide at 10 a.m. on the previous day, and most of them were sold out immediately. Only a handful of seats were available in Wonju, Gangwon Province, as of Friday morning.

"It is actually the first time that we have experienced such a system slowdown since the pandemic," an official from CGV said.

BTS will throw three concerts, titled "BTS Permission To Dance On Stage - Seoul," on March 10, 12 and 13, respectively, at Jamsil Olympic Stadium in southern Seoul. This will be the septet's first in-person concerts in Seoul since its world tour performance in October 2019.

Only 15,000 people are allowed to attend the three live music events each amid a surge in daily COVID-19 infections.

Its second show on March 12 is available for the "live viewing" program at cinemas, while the other two will be livestreamed online.