"We welcome the comments made by our South Korean allies. We welcome their willingness to impose sanctions on Russia as so many other countries are doing," he told a press briefing. 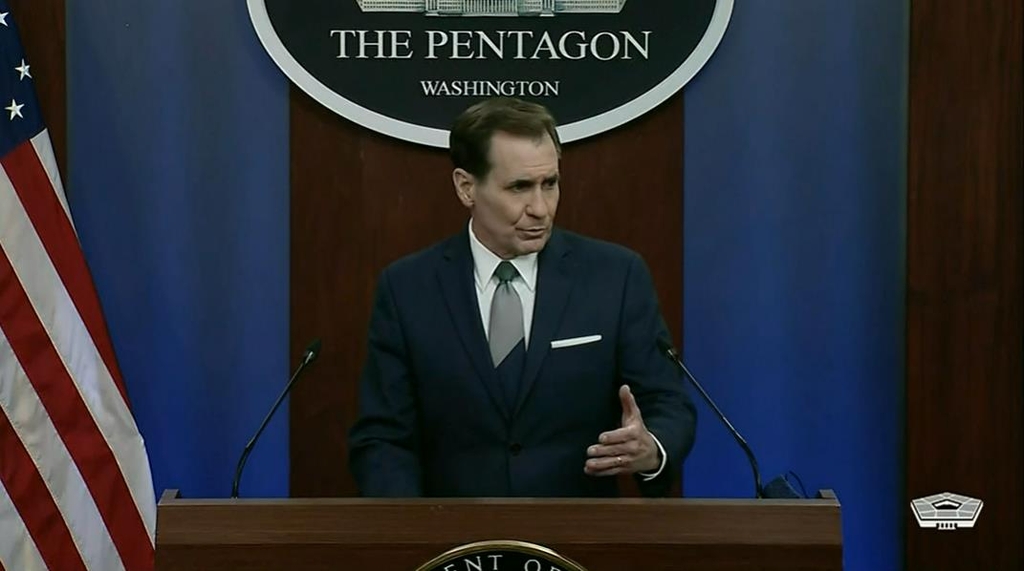 Seoul earlier said it would join the international community in imposing sanctions, including export controls, against Russia following its invasion of Ukraine.

Kirby said the message from the international community was a clear condemnation of the Russian invasion.

"I think the message is very clear, that Mr. Putin continues to isolate himself and his people by these reckless and unlawful actions," said Kirby.

"And so you're seeing out of South Korea what you're seeing in so many other places in the world where countries are making very clear, very demonstrably so, their condemnation of this invasion of Ukraine. And again, we welcome the contributions to that effort by South Korea," he added.