SEOUL, Feb. 26 (Yonhap) -- The top diplomats of South Korea and the United States on Saturday "strongly condemned" Russia's invasion of Ukraine and reaffirmed their support for Ukraine, the foreign ministry here said.

In their phone talks, Foreign Minister Chung Eui-yong and U.S. Secretary of State Antony Blinken reiterated their "steadfast support" for Ukraine's sovereignty, territorial integrity and independence, and urged Moscow to cease its military actions on Ukraine immediately, the ministry said in a statement.

Blinken thanked South Korea for its outspoken support for Ukraine and pledge to join the international community's coordinated response against Russia, it added.

South Korea has vowed to join economic sanctions, including export controls, against Russia and other efforts for a peaceful resolution of the Ukraine crisis.

On Thursday, Washington announced sweeping export restrictions against Moscow, which could affect South Korea's exports of high-tech items, such as semiconductor and electronic parts, to Russia.

In their phone talks that came two weeks after their meeting in Hawaii, the top diplomats agreed to continue efforts for the denuclearization of the Korean Peninsula based on "fully coordinated" policy toward North Korea, according to the ministry. 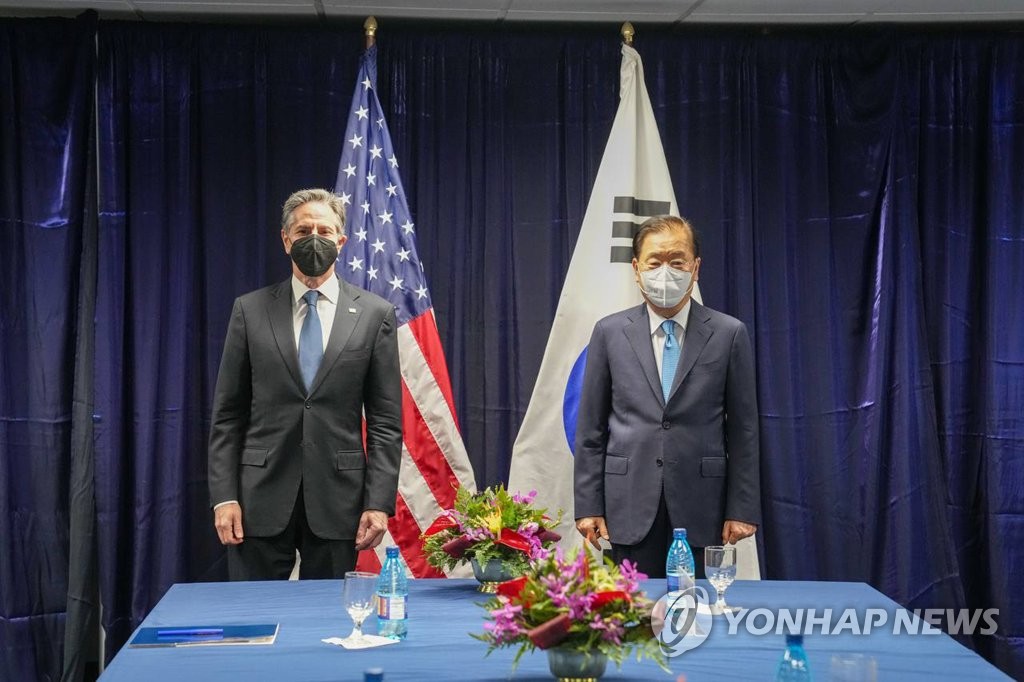