The launch came after the North conducted seven rounds of missile tests, including an intermediate-range ballistic missile launch on Jan. 30.

Last month, the North issued a veiled threat to lift its yearslong self-imposed moratorium on nuclear and long-range missile tests, spawning speculation that it could engage in more provocative actions down the road.

The continued saber-rattling came as Pyongyang apparently seeks to strengthen internal solidarity amid a deadlock in nuclear talks with Washington and economic woes aggravated by the COVID-19 pandemic. 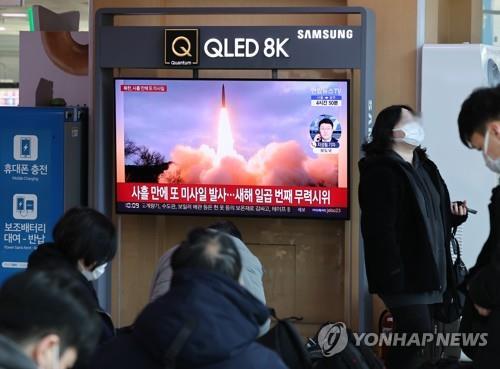