SEOUL, Feb. 27 (Yonhap) -- Iconic landmarks across Seoul were lit up in the colors of the Ukrainian flag Sunday in support of the Eastern European nation under siege amid the Russian assault. 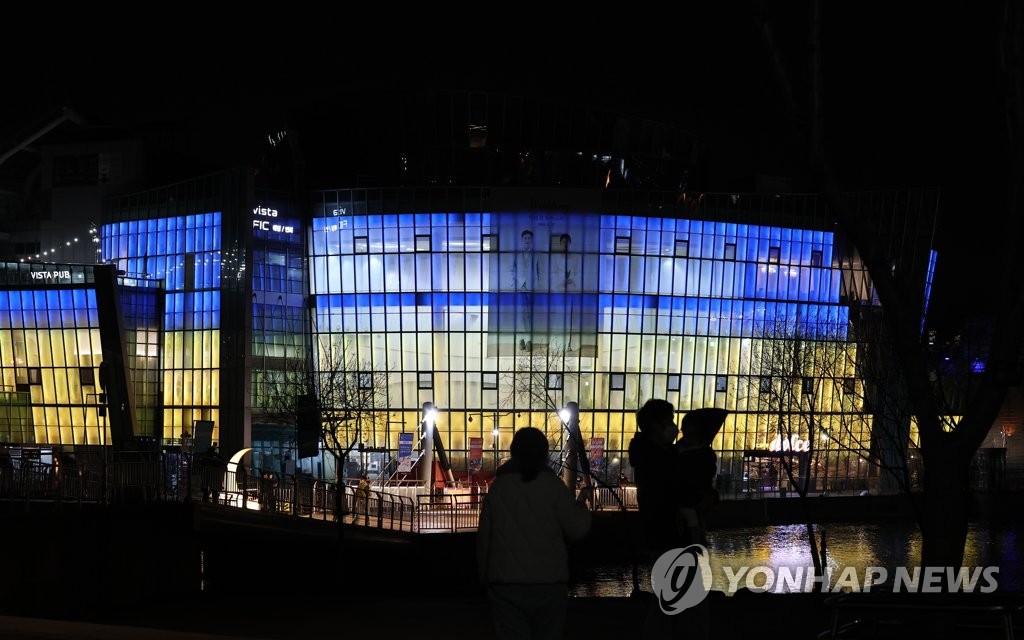 They joined other landmarks from around the world, such as the Empire State Building in New York, the Eiffel Tower in Paris and the London Eye in London, in showing solidarity with Ukraine.

Mayor Oh Se-hoon said the city will ask other public and private facilities across the capital to display "Light of Peace" in support of Ukraine.

"I'd like to ask for support from everyone in our 'Light of Peace' campaign as we pray for peace and oppose war (in Ukraine)," Oh said, adding Seoul and Kiev had been in talks to become friendship cities.