Suh Wook made the remarks during a hastily assembled meeting of top commanders, following Sunday's missile launch that the North claimed to be a test for developing a "reconnaissance satellite."

Pyongyang unveiled its policy principle of "power for power and good-will for good-will" during last year's key party congress, in what appears to be a call for Washington to show flexibility to move stalled nuclear talks forward.

"North Korea appears to have demonstrated its policy line of 'responding to power with power' to arouse international attention in the midst of the situation in Ukraine," Suh said.

"Our military should prepare against additional North Korea missile launches," he added.

Sunday's launch, the North's eighth show of force this year, came amid speculation that the North appears to be lower on the Joe Biden administration's policy priority list as Washington is preoccupied with the Ukraine crisis, the domestic fight against COVID-19 and other challenges.

"Under such security conditions, we have to check our readiness posture and pore over (the Ukraine crisis') implications," the minister said.

In line with such efforts, the military unveiled a video during the meeting that included footage of a recent test-firing of a long-range surface-to-air missile (L-SAM) under development.

South Korea has been seeking to deploy the L-SAM by 2026 as part of the country's multilayered, low-tier missile defense program.

If deployed, the L-SAM interceptor would form a key part of South Korea's anti-missile program, including the Patriot Advanced Capability-3 missile and a medium-range surface-to-air missile (M-SAM).

Monday's meeting was attended by Joint Chiefs of Staff Chairman Gen. Won In-choul and the top brass of the Army, Navy, Air Force and Marine Corps. 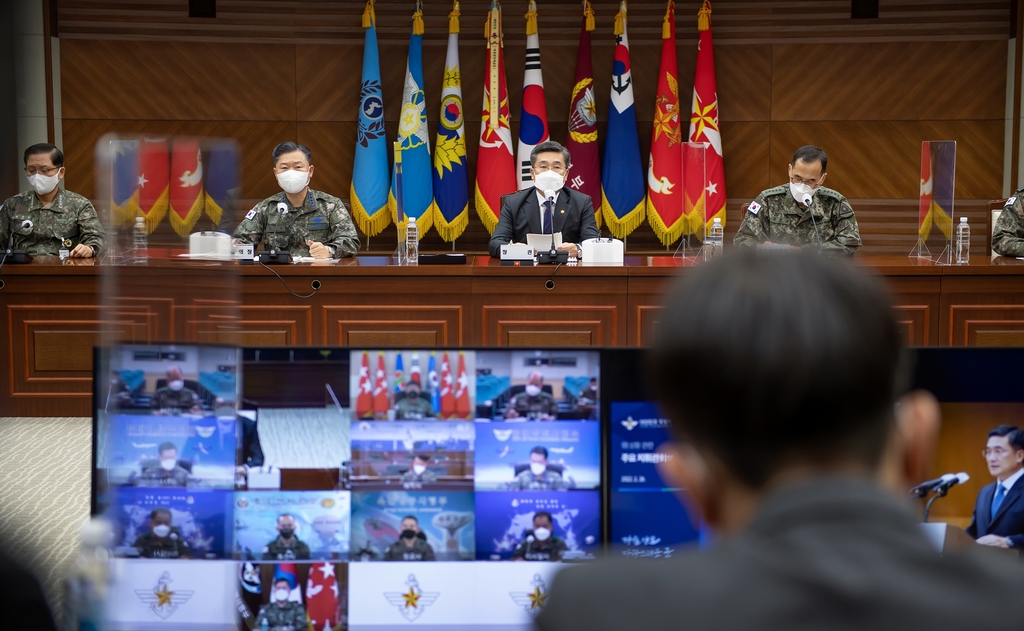