Lee of the liberal Democratic Party (DP) made the controversial remarks during a TV presidential debate Friday while trying to underscore the political inexperience of main opposition candidate Yoon Suk-yeol of the conservative People Power Party.

"In Ukraine, a novice politician of six months became president and declared (Ukraine's) accession to NATO, which provoked Russia and eventually led to a clash," Lee said. 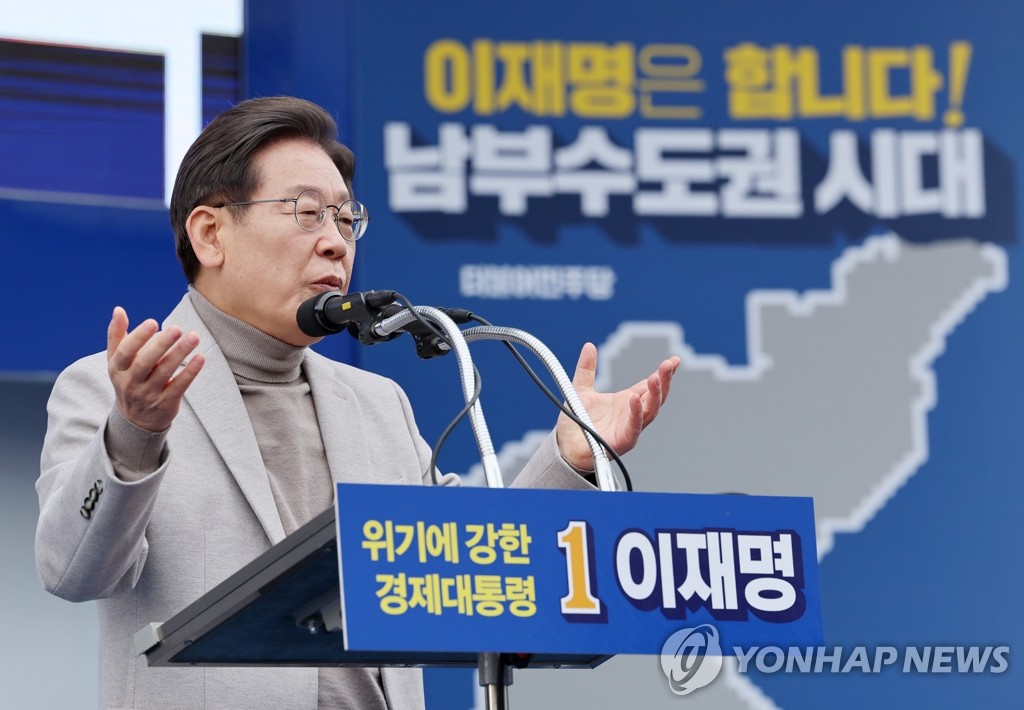 The remark unleashed a torrent of criticism on the U.S. social media platform Reddit after a video of the debate appeared alongside a translation of Lee's comments.

Critics panned the candidate for failing to see the crisis for what it is -- Russia's illegal invasion of Ukraine -- and instead putting the blame on Zelenskyy.

Yoon wrote on Facebook on Saturday that what Lee said was an "international disgrace" and that he apologized to the Ukrainian people "as a presidential candidate of the Republic of Korea."

Lee scrambled to defuse the controversy by issuing his own apology.

"Before any other presidential candidate, I plainly criticized Russia's invasion and expressed my support for Ukraine," he also wrote on Facebook on Saturday.

"However, if I unintentionally caused even a partial misunderstanding among the Ukrainian people, it was due to my lack of ability to express myself," he said. 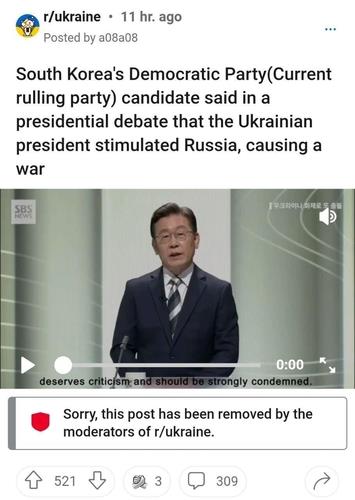 The DP came to his defense Monday.

"President Zelenskyy is inexperienced in many ways. That's a fact," Rep. Woo Sang-ho, chief of the DP campaign committee, said during a radio interview.

"But at this point in time, when (Ukraine is) under attack, I believe that regarding this issue it would have been correct to emphasize the invasion."

Later in the day, Lee urged Russia to swiftly withdraw from Ukraine and negotiate a peaceful solution.

"The era of pressing one's desire through oppression and coercion like this has passed," he said during a campaign rally in the southeastern city of Daegu.

He warned Moscow will face international isolation and called on the South Korean government to actively participate in international sanctions against Russia.

(LEAD) Lee under fire over remarks on Ukraine

(LEAD) Lee under fire over remarks on Ukraine