The launch of the National Memorial of the Korean Provisional Government coincided with the 103rd anniversary of the March 1 Independence Movement, a watershed event that gave birth to the government-in-exile in Shanghai in 1919.

Nestled on a hillside in central Seoul, the four-story museum displays photos, documents, videos, artifacts and other materials that shed light on the provisional government's grueling struggle to regain independence.

The museum overlooks a former prison site, a throwback to the harrowing period of alleged torture and other eerie events that incarcerated independence fighters went through. 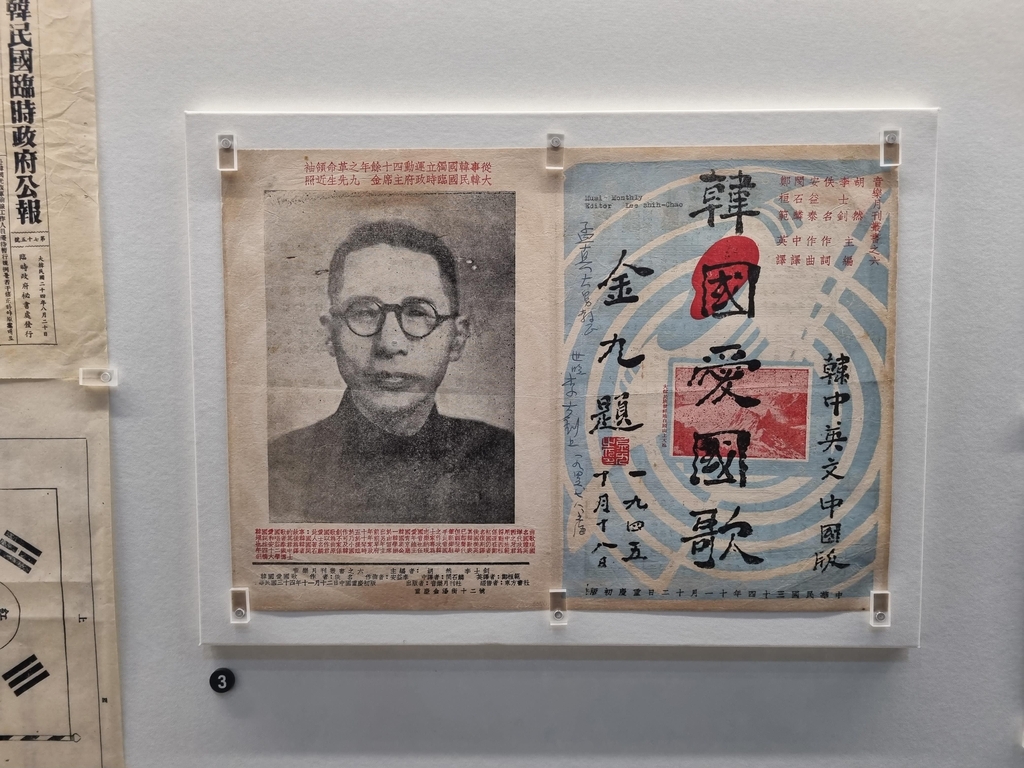 Among 300 items currently on display at the museum are the Maxim heavy machine gun used by Korean independent fighters and a music sheet of the Korean anthem with lyrics written in Korean, Chinese and English.

A document including details of the structure and history of the provisional government's Korean Independence Army is unveiled for the first time as well.

The museum said the number of displayed items will continue to rise as it has around 7,000 additional pieces in its storage room that need research and restoration work for public display.

The opening of the museum, meanwhile, came amid the frosty diplomatic relations between Seoul and Tokyo.

Tensions between the two have been running deep since 2019 when Japan imposed a set of export restrictions against South Korea in apparent economic retaliation against a Seoul court's ruling that ordered Japanese firms to compensate victims of wartime forced labor. 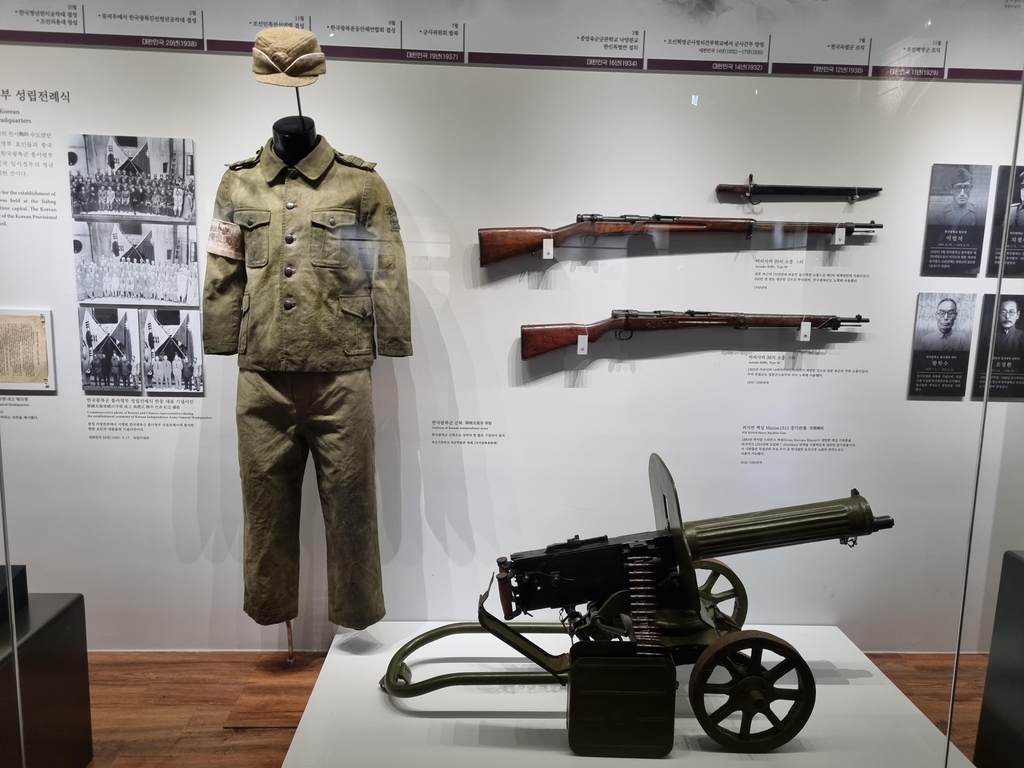