SEOUL, Feb. 28 (Yonhap) -- South Korea announced its decision Monday to ban exports of strategic materials to Russia and join the multinational move to exclude the country from the SWIFT global payment network, in a move to back a campaign to hold Moscow accountable for its invasion of Ukraine.

The foreign ministry made the announcement as Washington is rallying allies and partners to impose "devastating costs" on Russia, including its isolation from global financial and trade systems.

Seoul has notified Washington of its decision on the sanctions through a diplomatic channel, the ministry said, following various considerations, including relations with Moscow, still a partner for peace on the Korean Peninsula, trade and other exchanges.

Russia expressed regrets over the decision, warning the trend of the two countries' evolving relations could shift course.

"The decision is deeply regrettable," Russian Ambassador to South Korea Andrey Kulik told a press conference held hours after the announcement. "Russia-South Korea relations have developed only in a positive way in the past 30 years. The upward trajectory, I think, will now change course." 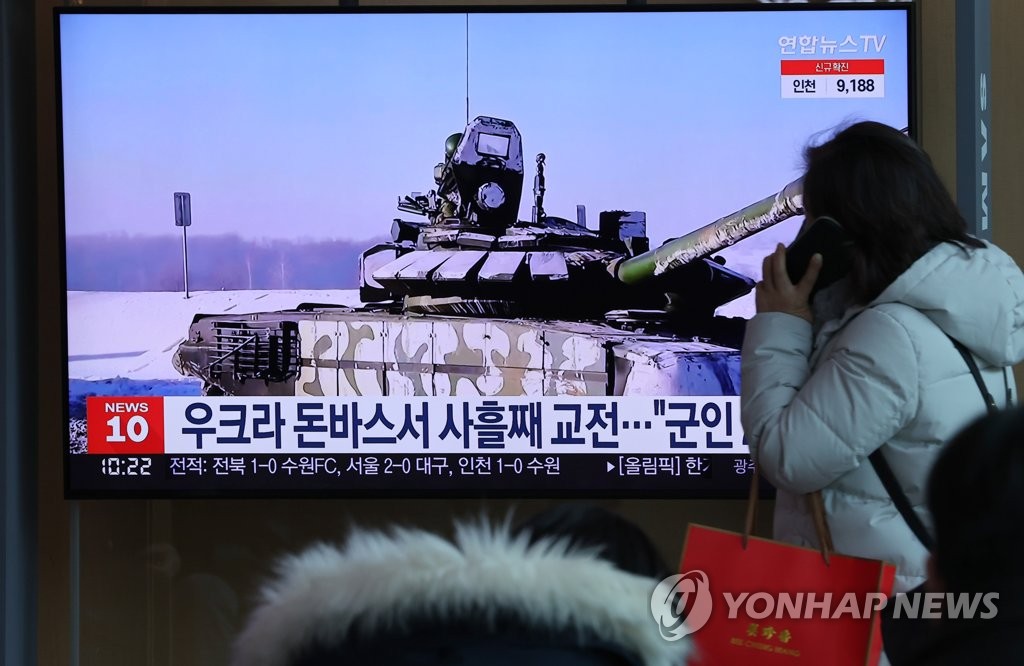 It is expected to bar the exports to Russia of strategic materials singled out by four multilateral export control regimes -- the Nuclear Suppliers Group (NSG); the Wassenaar Arrangement (WA); the Australia Group (AG); and the Missile Technology Control Regime (MTCR).

The regimes are aimed at fending off the spread of weapons of mass destruction, their delivery vehicles and related technologies and equipment.

Earlier, Washington announced restrictions on exports of U.S. origin technology and products to 49 Russian military entities, including its defense ministry, under a "policy of denial."

Washington is known to have requested Seoul take such strong export control measures against Moscow.

South Korea also plans to finalize a decision on possible steps it can take in connection with U.S. standalone export curbs against Russia on dozens of items, such as semiconductors, computers, telecommunications, information security equipment, lasers and sensors.

On the financial front, Seoul plans to join the move to remove Russia from the SWIFT payment system that links 11,000 banks and institutions in more than 200 countries and allows the smooth cross-border transfer of money.

The U.S., Britain, Canada and other countries have already moved to exclude key Russian banks from the system.

South Korea plans to decide on specific steps to join the financial sanctions after interagency consultations, the ministry said.

Aside from partaking in the sanctions program, Seoul plans to bolster humanitarian support for Ukraine. That includes the provision of military suits and other in-kind contributions and the expansion of official development assistance allotted for Ukraine.

During the press conference, the Russian ambassador also warned the sanctions will "be of no help" for trilateral cooperative projects involving the North.

"Cooperative projects among South and North Korea, and Russia are indeed closely related to resolving the nuclear issue, inter-Korean relations, peace on the Korean Peninsula, security and prosperity," he said. "With that in mind, it makes me doubt if South Korea really needs all that."

"One thing that should be clearly understood is that countries taking part in sanctions against Russia will not only face considerable damage in bilateral ties but are also participating in illegal acts led by the Western countries," he added. 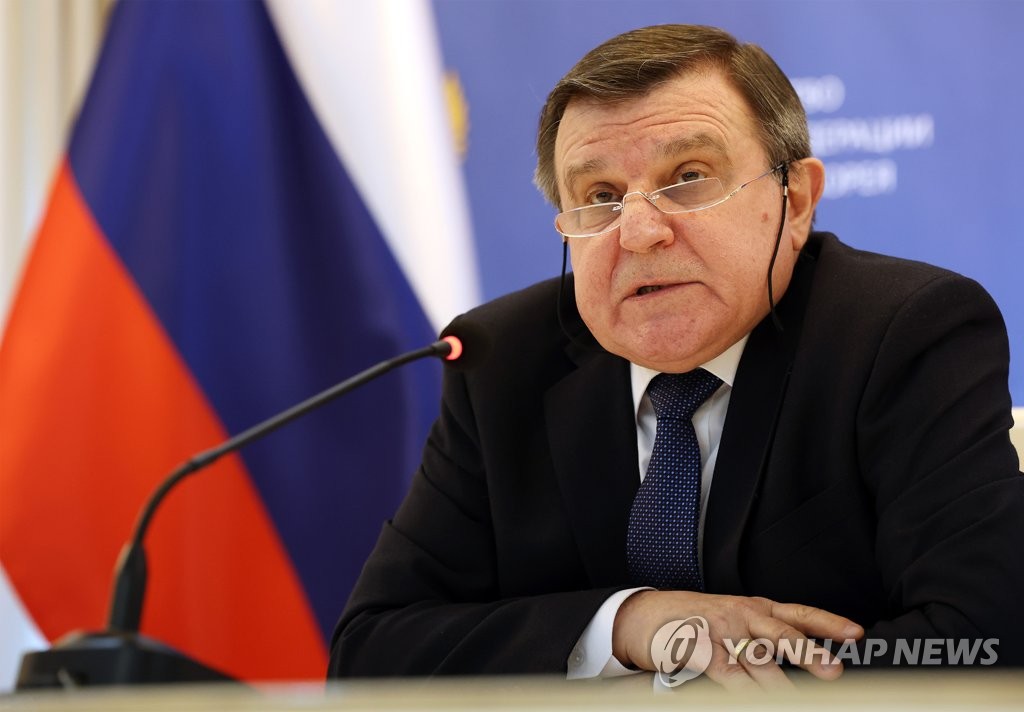