SEOUL, Feb. 28 (Yonhap) -- The ruling Democratic Party (DP) slammed main opposition presidential candidate Yoon Suk-yeol on Monday for appearing open to the possibility of Japanese troops entering the Korean Peninsula in the event of a contingency.

Yoon of the conservative People Power Party made the controversial remark during a TV presidential debate Friday when asked about his thoughts on a trilateral military alliance involving South Korea, the United States and Japan. 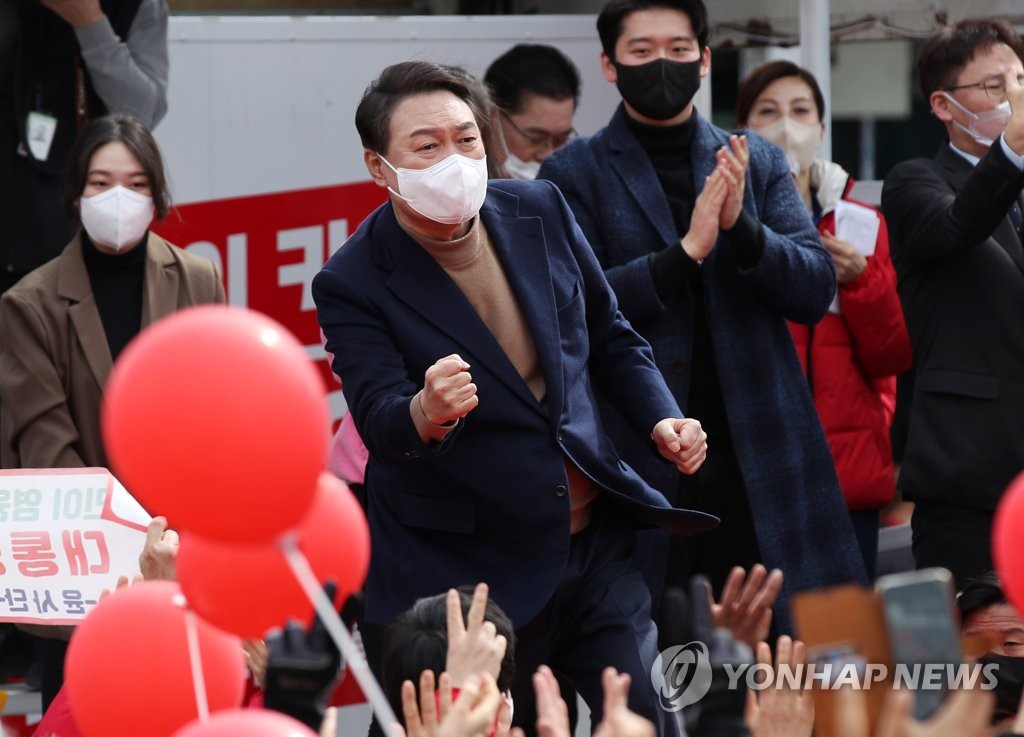 Yoon initially said he would not be drawn into a hypothetical question but then objected to minor candidate Sim Sang-jeung's argument that she would never consider a trilateral alliance because it would allow Japanese troops to enter the Korean Peninsula.

"We have not yet reached a situation where we have to form an alliance with Japan," he said. "If there is an alliance between South Korea, the United States and Japan, (Japanese troops) could enter in the event of a contingency, but the alliance wouldn't necessarily be premised on that."

Speaking in a radio interview Monday, Rep. Woo Sang-ho, chief of the DP presidential campaign committee, said Yoon made "quite dangerous remarks" that failed to recognize the long history between South Korea and Japan.

Resentment in South Korea runs deep over Japan's brutal colonial rule of the peninsula from 1910-45.

"We are No. 6 in the world in terms of defense. What are we lacking in order to need Japan's Self-Defense Forces?" Woo said.

DP floor leader Yun Ho-jung framed the issue in light of Tuesday's anniversary of the March 1 Independence Movement against Japan.

"A candidate who hasn't established even the basics of South Korea-Japan relations shouldn't become president," he said during a committee meeting.