SEOUL, Feb. 28 (Yonhap) -- A fast spreading wildfire threatened homes in two southeastern counties Monday, prompting about 100 residents to evacuate and fire authorities to mobilize forces from nearby cities and provinces.

The blaze started on a hill in Hapcheon County, 354 kilometers southeast of Seoul, at around 2 p.m. and spread north to nearby villages in Goryeong County in late afternoon, the Korea Forest Service (KFS) said. No casualties were reported. 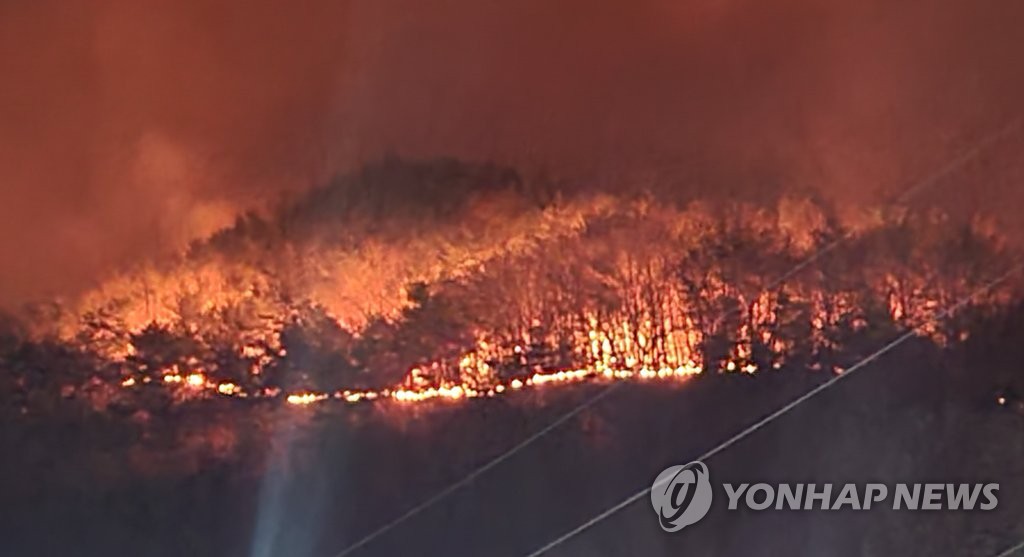 The authorities issued the Level 3 evacuations order for about 100 residents in the villages at 5:30 p.m. There are three evacuation levels in case of a wildfire. Level 3 means danger is currently affecting residents' areas and they should leave immediately.

About 29 fire helicopters and some 1,000 personnel were mobilized to extinguish the fire, according to the agency.

Helicopters withdrew from the scene as the night fell, and firefighters and public servants were still striving to keep the blaze from spreading further overnight, the KFS said.