SEOUL, Feb. 28 (Yonhap) -- North Korea on Monday blamed the United States' "hegemonic policy" for the Ukrainian crisis in its first official statement on Russia's ongoing invasion of the European country.

"The root cause of the Ukraine crisis totally lies in the hegemonic policy of the U.S. and the West, which indulge themselves in high-handedness and arbitrariness towards other countries," the North's Korean Central News Agency quoted an unnamed foreign ministry spokesperson as saying.

The comments came as Washington is rallying allies and partners to impose "devastating costs" on Russia, including its isolation from global financial systems to hold Moscow accountable for the invasion.

The North Korean spokesperson said the U.S. and the West have "systematically undermined the security environment of Europe by becoming more blatant in their attempts to deploy attack weapon system while defiantly pursuing NATO's eastward expansion" despite "Russia's reasonable and just demand to provide it with legal guarantee for security."

The spokesperson also criticized what it calls Washington's "unilateral and double-dealing policy."

North Korea has long demanded the U.S. retract "double standards" and "hostile policy" against its regime, especially after their 2019 Hanoi summit collapsed without a deal.

The ambassador expressed regrets over Seoul's decision to join the sanctions regime and said the move will "be of no help" for long-sought three-way cooperative projects involving the two Koreas and Russia. 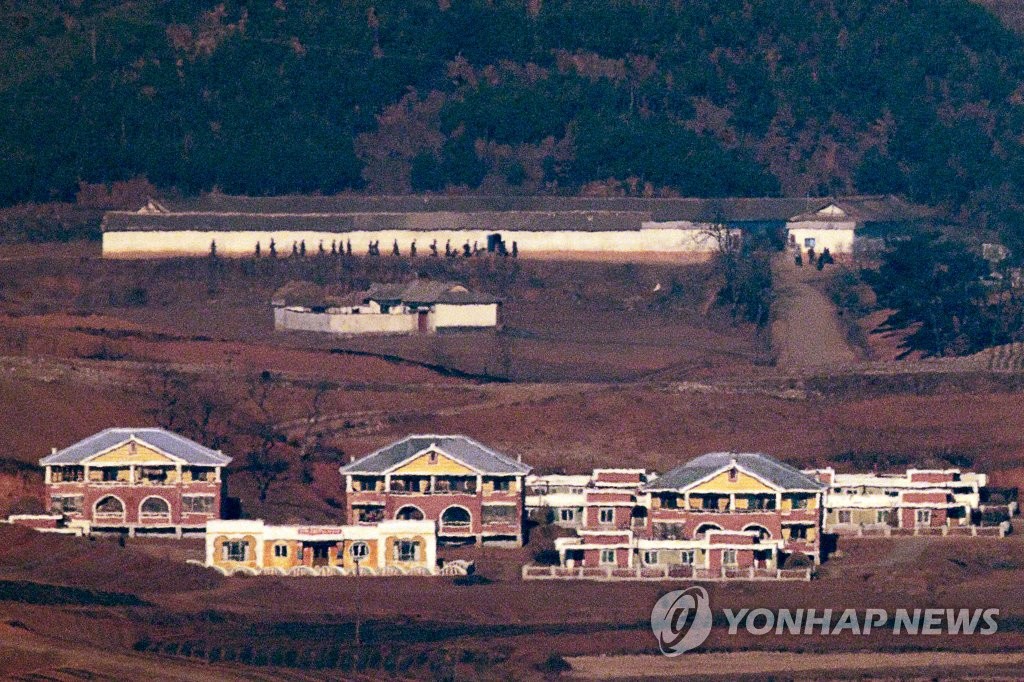