SEOUL, March 1 (Yonhap) -- President Moon Jae-in on Tuesday expressed his concern about a "new Cold War" and nationalism seeking to gain hegemony by force, as Russia pressed ahead with its invasion of Ukraine despite global condemnation and sanctions.

In a speech marking Korea's 1919 nationwide uprising against Japan's 1910-45 colonial rule, Moon emphasized that South Korea should have the power to prevent itself being pushed around by global powers.

"The international order is fluctuating amid the COVID-19 crisis," Moon said. "State-centered nationalism, which seeks to gain hegemony by force, is also raising its head again. Concerns over a new Cold War are on the rise as well."

Moon said the lesson from the spirit of the 1919 uprising "gives us today is that we should have the power to lead our history without being pushed around by an international order centered on powerful countries."

Moon's speech came a day after South Korea said it will ban exports of strategic items to Russia and join international sanctions to exclude major Russian financial institutions from a key global payment system to increase pressure over Moscow's invasion of Ukraine. 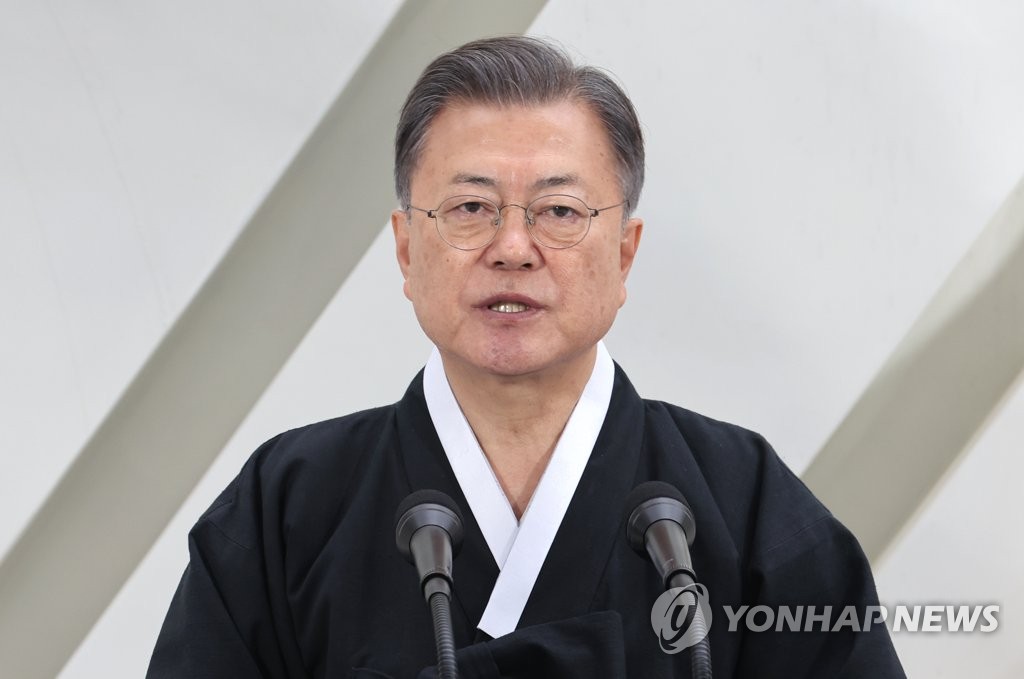 The remarks were seen as a veiled condemnation against Russia's military action.

Moon said South Korea is "imbued with the spirit" of the 1919 uprising, "which resisted violence, discrimination and injustice, and rejected a hegemonic international order."

"We will never again experience that pain from one hundred years ago," Moon said. "We will safeguard the survival and raise the pride of all Koreans through peace and prosper in peace."

Moon also called for Japan to look squarely at history and show a humble attitude over its wartime past in order for the two countries to overcome historical feuds and move forward for cooperation.

"In this time of many difficulties, Korea and Japan -- close neighbors -- must be able to overcome the history of the once unfortunate past and cooperate for the future," Moon said.

"Beyond Korea-Japan relations, I sincerely hope that Japan will take leadership as an advanced nation. To this end, Japan must squarely face history and be humble before it," Moon said.

South Korea remains open to dialogue with Japan to work together on various regional and global issues, such as COVID-19 and supply chains, Moon said.

Moon said Seoul "will always keep the door open for dialogue to join forces not only for regional peace and prosperity but also in responding to global challenges -- ranging from COVID-19 and the climate crisis to the supply chain crisis and the new economic order." 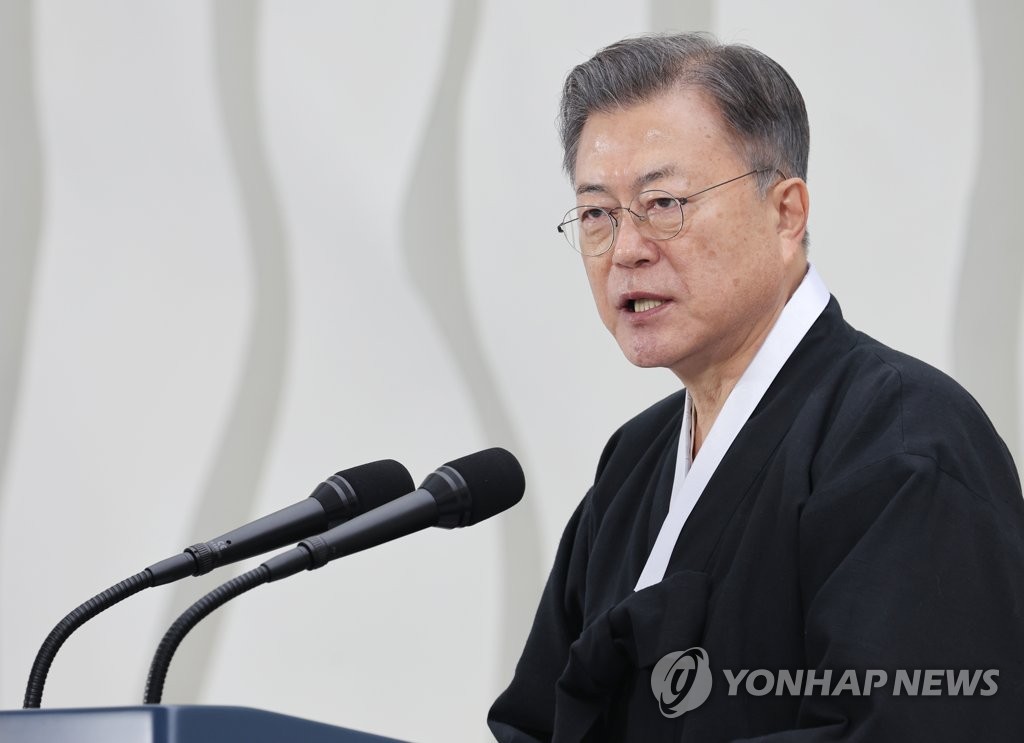 "Cooperation between Korea and Japan is the responsibility of the current generation for the sake of future generations," Moon said.

"Japan will become a trustworthy country only when it is able to empathize with the wounds of the people of neighboring countries, which are sometimes exacerbated by a once unfortunate past," Moon said.

Diplomatic tensions between Seoul and Tokyo have run deep since 2019, when Japan imposed a set of export restrictions against South Korea in a move seen as economic retaliation for South Korean court rulings against Japanese firms involved in forced labor during Japan's colonial rule.

Japan's recent heritage bid for a controversial mine added to a litany of thorny issues between the two countries, including Japan's claims to Korea's easternmost islets of Dokdo, its wartime sexual slavery and its planned discharge of tainted nuclear plant water into the ocean.

The latest tussle over the Sado mine -- where as many as 2,000 Koreans were thought to have been mobilized to work against their will -- struck a particularly jarring note as it put a damper on Seoul's hitherto unfruitful fence-mending efforts with Tokyo.