The Mobile World Congress (MWC) 2022 kicked off in Barcelona on Monday (local time) and is set to run until Thursday. It is one of the top three annual tech events in the world, along with the Consumer Electronics Show in the United States and the IFA in Germany.

At the event, SK Telecom demonstrated a four-dimensional metaverse service that allows users to experience Meta Planet, a virtual world created by the company, on a robotic arm.

The wireless carrier also displayed its virtual meeting platform ifland, a metaverse platform that allows users to interact with others using personalized avatars in a range of online settings from stadiums to cafes.

SK Telecom said the company will launch ifland in around 80 overseas markets by the end of this year, although it did not elaborate on the exact countries.

"Ifland has developed into a new communication platform with over 1,500 requests for partnerships in the country," CEO Ryu Young-sang said at a press conference at the MWC. Ryu added that he has received requests for collaborations from global telecommunication companies at this year's MWC.

KT demonstrated the company's latest technology, including an AI sanitization robot that disinfects the floor and purifies air in indoor spaces.

Samsung Electronics also participated in the trade fair, showcasing its next-generation Galaxy Book laptop for the first time and other lineups of products, such as Galaxy S22 smartphones and Galaxy Tab S8 series.

This year's MWC marks its first offline event in three years as the trade fair was canceled in 2020 and held online last year due to the COVID-19 pandemic. 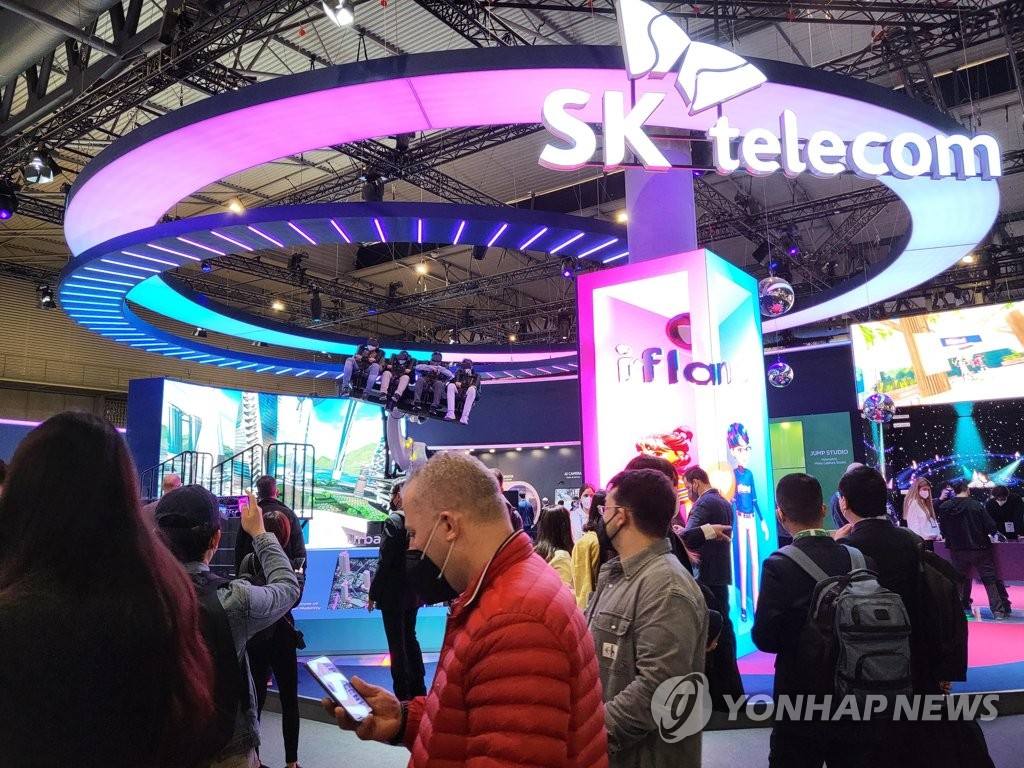 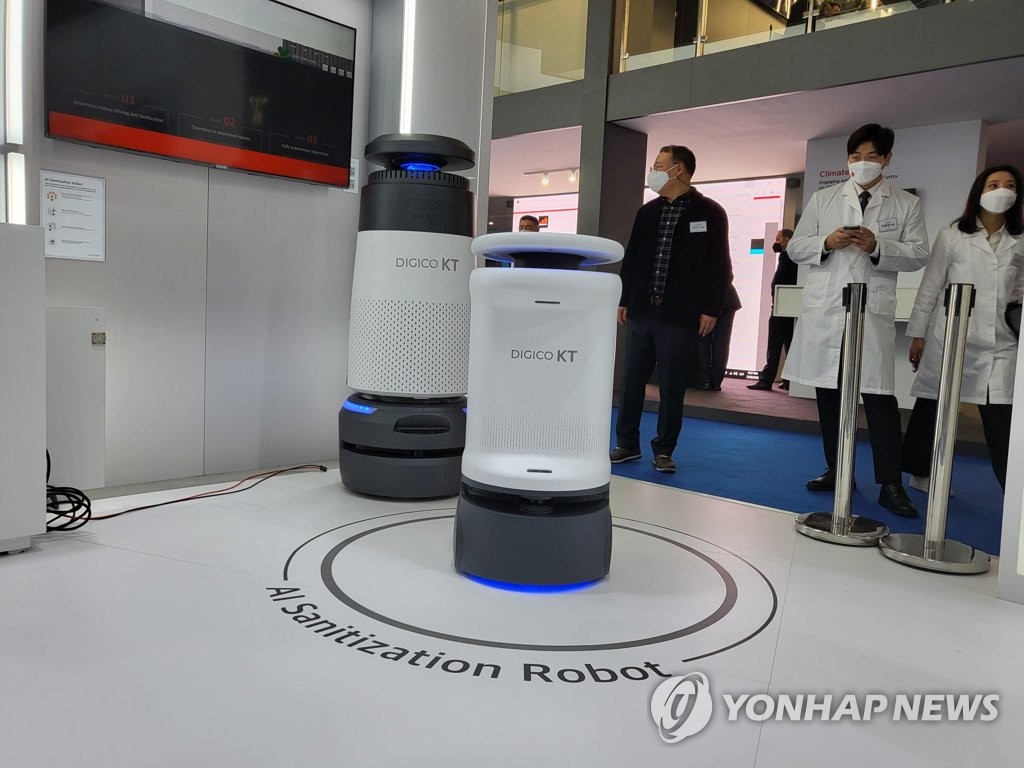