SEOUL, March 2 (Yonhap) -- K-pop supergroup Seventeen has reached No. 3 on the Global Album Sales Chart of the International Federation of the Phonographic Industry (IFPI) for 2021, becoming the highest-charted K-pop artist.

According to the official homepage of the nonprofit body that represents the recording industry worldwide Wednesday, the 13-member group put its name onto the chart with its ninth EP "Attacca," only after Adele's "30" and ABBA's "Voyage."

The K-pop group also ranked No. 8 with its eighth EP album "Your Choice," while K-pop giant BTS' Japanese compilation album "BTS, The best" came in at No. 4.

Released on Oct. 22, "Attacca" charted No. 1 on Billboard's Top Album Sales chart and No. 13 on the Billboard 200. It sold over 1.3 million copies in the first week of release, earning Seventeen the "quintuple million seller" title.

Last week, BTS became the first artist ever to win the IFPI's Global Recording Artist Award two years in a row, while Seventeen made the top 10 of the Global Artist Chart for the first time at No. 9. 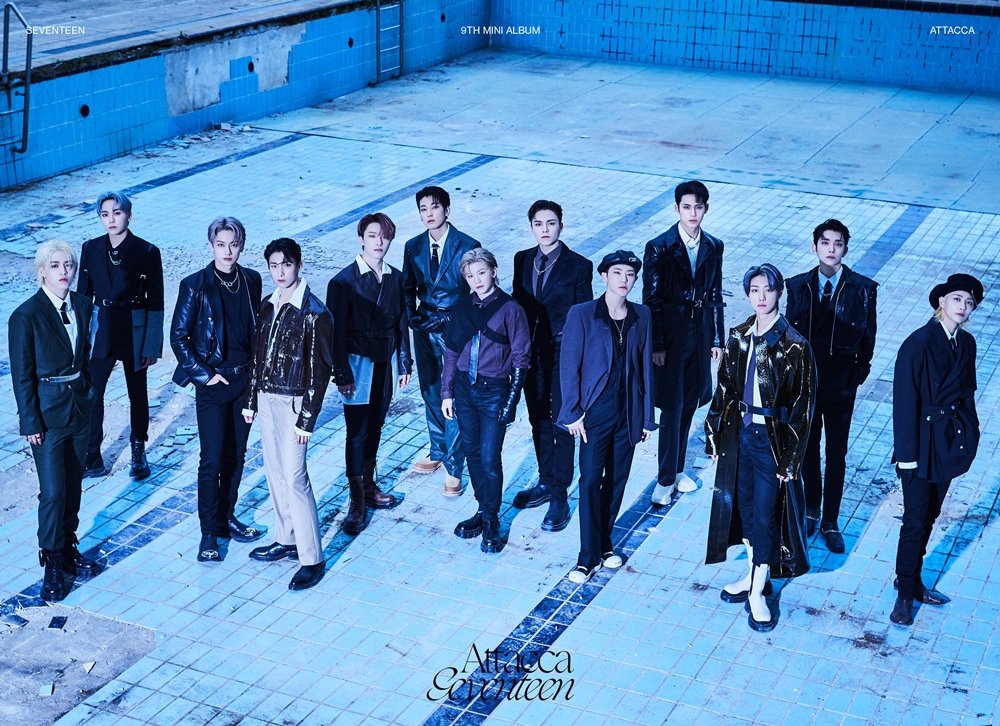