The daily use of online banking services, including mobile banking, reached 17.32 million cases last year, up from 14.68 million a year earlier, according to the data from the Bank of Korea (BOK).

Mobile banking use came to 14.36 million instances per day, up 22.9 percent from a year earlier and accounting for nearly 83 percent of the total. 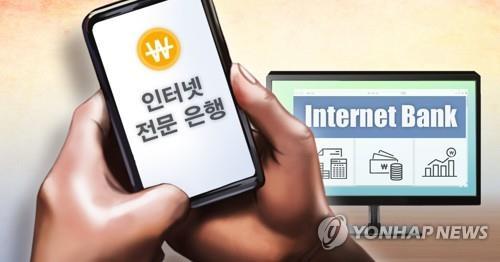 The value of daily transactions via online banking stood at 70.6 trillion won (US$58.6 billion), up 19.6 percent from a year earlier.

The daily amount of transactions by mobile banking, or banking services accessed via mobile devices, averaged 12.9 trillion won last year, up 36.6 percent from the previous year.

In particular, the daily average of loans taken out via internet banking came to slightly over 750 billion won last year, up 56.9 percent from a year earlier.

The number of internet banking subscribers registered with 18 financial institutions came to 198.6 million as of end-December, up 9.4 percent from the previous year. The number of mobile banking users swelled 13.5 percent on-year to 153.4 million.

The figure is the simple sum of all registered users at internet and mobile banking service providers in the country, meaning the same person may count multiple times toward the sum, according to the BOK
(END)

Internet banking use jumps 18 pct in 2021 amid pandemic

Internet banking use jumps 18 pct in 2021 amid pandemic