SEOUL, March 2 (Yonhap) -- South Korea's two main presidential candidates on Wednesday condemned Russia's invasion of Ukraine and vowed to work for its peace during their respective meetings with Ukraine's top envoy to Seoul.

Lee Jae-myung of the Democratic Party (DP) and Ambassador-designate Dmytro Ponomarenko met over a video conference and discussed Russia's attack on Ukraine and South Korea's response to the crisis, according to the DP.

"The Lee Jae-myung government will work for peace and the swift withdrawal of Russian troops," Lee was quoted as saying by his party. "Russia's attack on Ukraine cannot be justified by any reason."

Ponomarenko thanked Lee for his support and called for the international community's response, including South Korea, to punish Russia's war criminals. 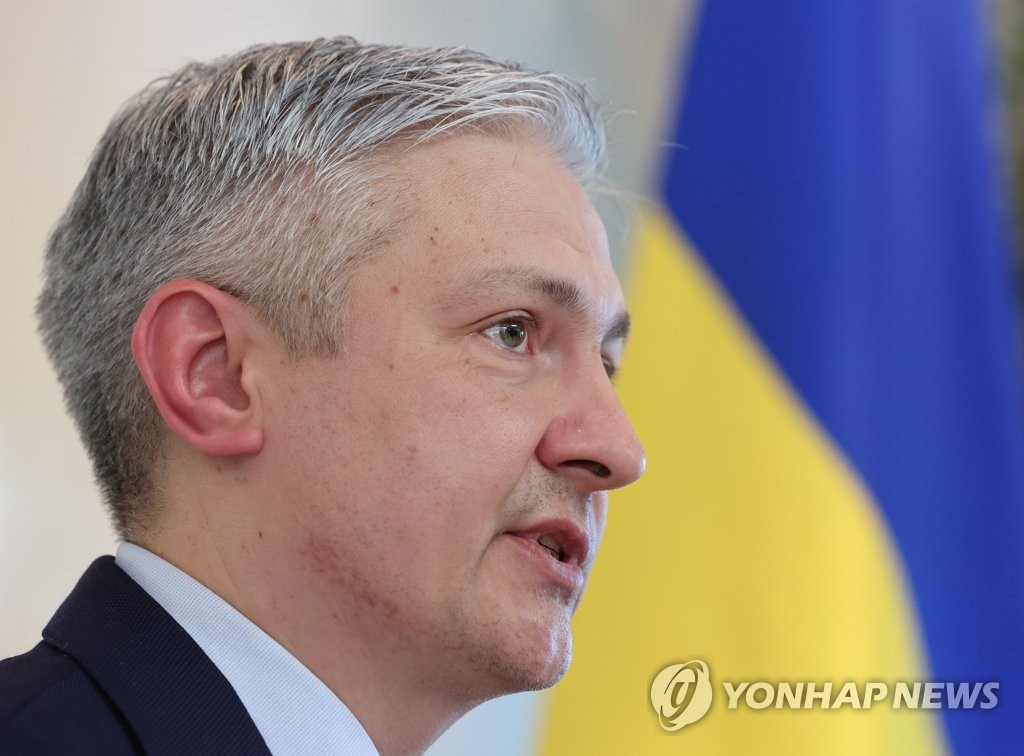 Later in the day, Yoon Suk-yeol of the conservative opposition People Power Party (PPP) had an in-person meeting with Ponomarenko at the party's headquarters.

He emphasized his and South Korea's strong support for Ukraine's fight against Russia and vowed to join the international sanctions against Moscow.

"It is reasonable that many free nations in the world, including South Korea, have condemned the Russian invasion, which definitely violates the international laws, and are participating in the sanctions," said Yoon.

During the meeting, he gave Ponomarenko a letter and a financial donation for Ukraine's people in a personal capacity, according to the PPP. 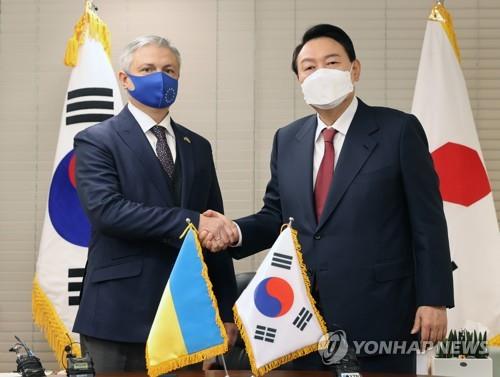 The crisis in Ukraine has emerged as a key topic in South Korea's presidential race.

Lee came under fire for saying during a TV debate last week that Ukrainian President Volodymyr Zelenskyy took power as a novice politician and "provoked" Russia with a decision to join NATO.

Yoon's campaign, meanwhile, shared a photo on Tuesday of a tangerine made to look like an angry face alongside a caption expressing solidarity with Ukraine, but took the post down later amid criticism it was making light of the war.

Ponomarenko has been an active presence on Twitter, sharing news of the latest developments regarding the Ukraine crisis. 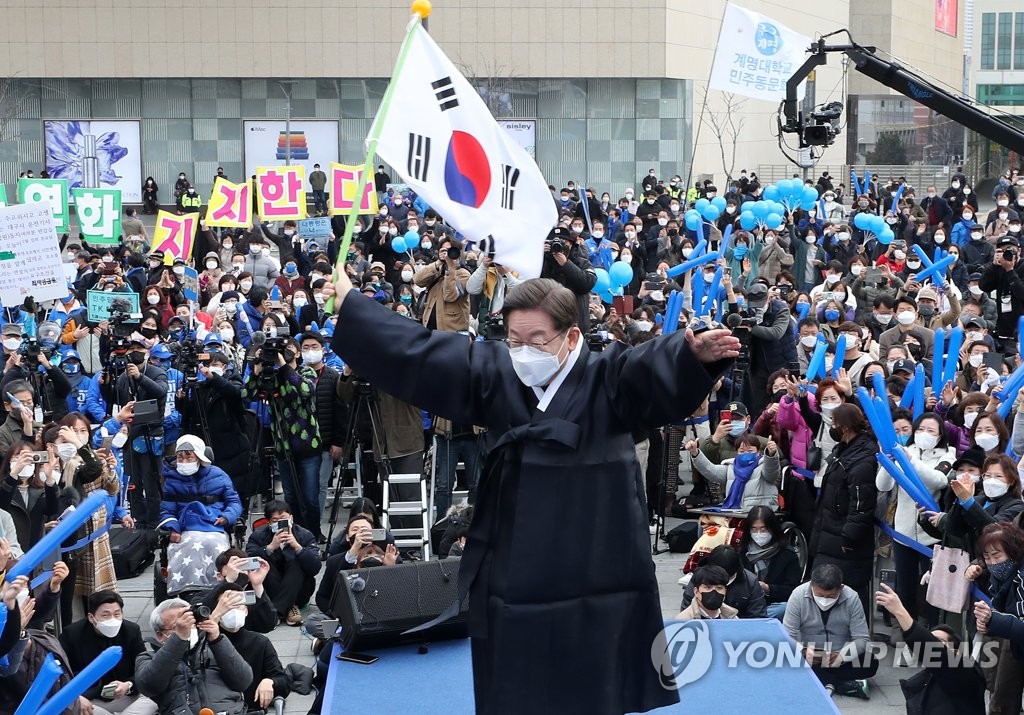