The release of the new learning materials, titled "BLACKPINK in Your Korean," that makes use of the group's intellectual property is due on next Monday, the company said.

It added the material will help foreigners effectively learn the Korean language through the story of Blinky, a fan of BLACKPINK who is invited to the home of the K-pop act and spend time together.

"We analyzed the vocabulary and expressions that BLACKPINK members frequently use in their original video content in units of corpus and applied them to the curriculum," a company official said.

The new material consists of two books, a pocket book and a Korean computer keyboard sticker. The books will be published in English and Chinese while the video content will be available in five languages -- Korean, English, Japanese, Chinese and Indonesian, according to the company. 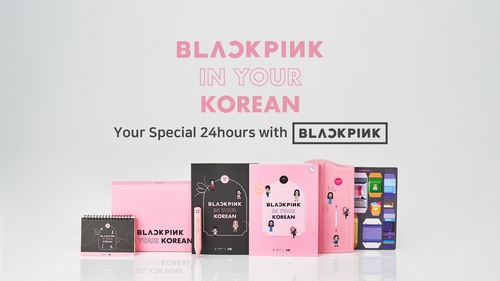 New Korean learning material to be released for BLACKPINK fans

New Korean learning material to be released for BLACKPINK fans