South Korea's economy grew 4 percent in 2021 after expanding 1.2 percent in the October-December period, according to preliminary data from the Bank of Korea (BOK).

The 2021 growth rate remained unchanged from the BOK's earlier estimate on Jan. 25, but the fourth quarter figure was slightly higher than a projected rise of 1.1 percent.

The 4 percent growth marked a turnaround from a year earlier when the economy shrank 0.9 percent due to the coronavirus pandemic. The fourth-quarter rate also quickened from a 0.3 percent gain tallied three months earlier.

The BOK attributed the fourth-quarter revision to better-than-expected exports and activities in the service sector. In particular, it revised up its growth estimate for exports of goods by 0.4 percentage point.

South Korea's economy is on a solid recovery track on the back of rebounding spending and robust exports driven by recovery of demand long subdued by the pandemic.

Despite the recent surge in coronavirus infections, the government has been easing social distancing rules in an apparent bid to help small merchants bearing the brunt of shortened business hours and consumers' reluctance to venture out due to the pandemic.

The government has striven to shore up economic recovery by drawing up multiple extra budgets and providing relief grants to pandemic-affected people.

Overseas shipments expanded 9.9 percent on-year in 2021, the fastest pace of growth since 2011 when they gained 15.4 percent, according to the central bank data. Imports also grew 8.5 percent over the same period amid high commodity prices.

The service sector grew 3.7 percent on-year in 2021 -- a turnaround from the previous year's 1 percent fall -- as spending rebounded from a pandemic-caused slump.

Meanwhile, the per-capita gross national income (GNI) stood at US$35,168 last year, up 10.3 percent from a year earlier. This marked the first growth in three years.

The central bank attributed the rebound to economic recovery from the pandemic and the won's ascent against the U.S. dollar last year. 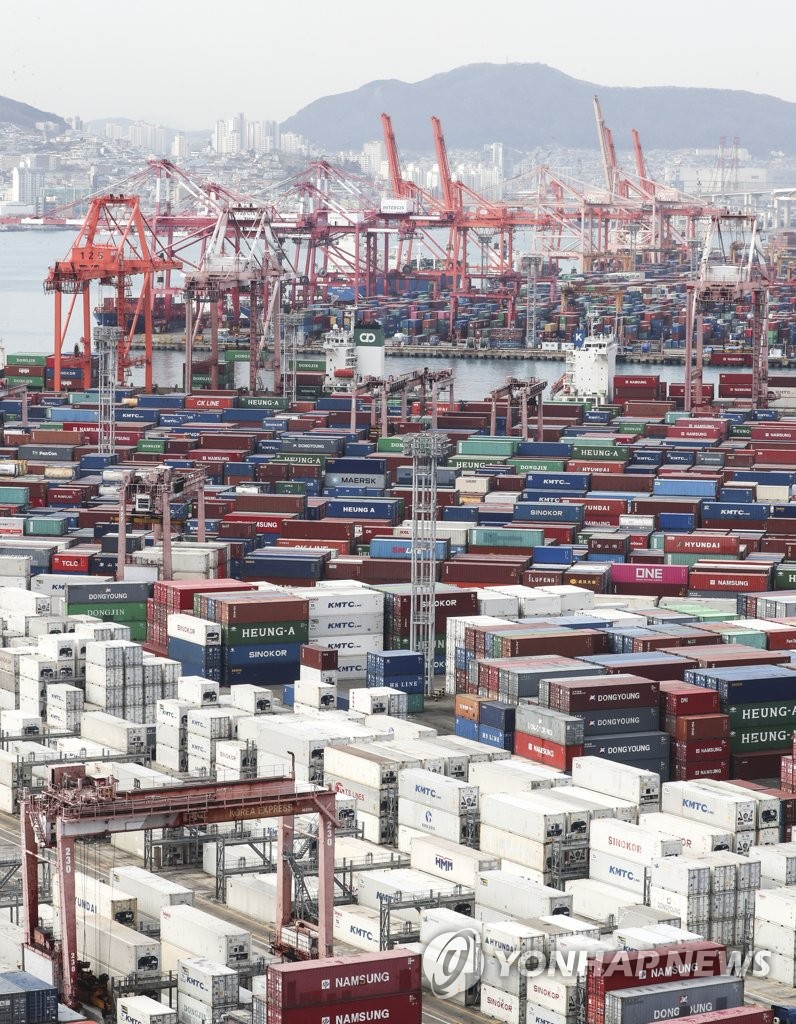