As of 9 p.m., the country had reported 244,889 new COVID-19 cases, up 58,720 from the same time the previous day, according to health authorities and city governments. Daily cases are counted until midnight and announced the following morning.

The new cases accumulated by the time have already surpassed the daily record high of 219,241 announced Wednesday.

The virus is spreading at a faster pace than expected. Health authorities earlier forecast daily infections may reach some 230,000 on March 9, when the country holds a presidential election.

Earlier in the day, the Korea Disease Control and Prevention Agency (KDCA) reported 198,803 new coronavirus infections for Wednesday, including 198,749 local cases, raising the total caseload to 3,691,488.

Daily infections surpassed 200,000 for the first time the previous day, when the government suspended the enforcement of the vaccine pass system over the lack of staff handling the pandemic. 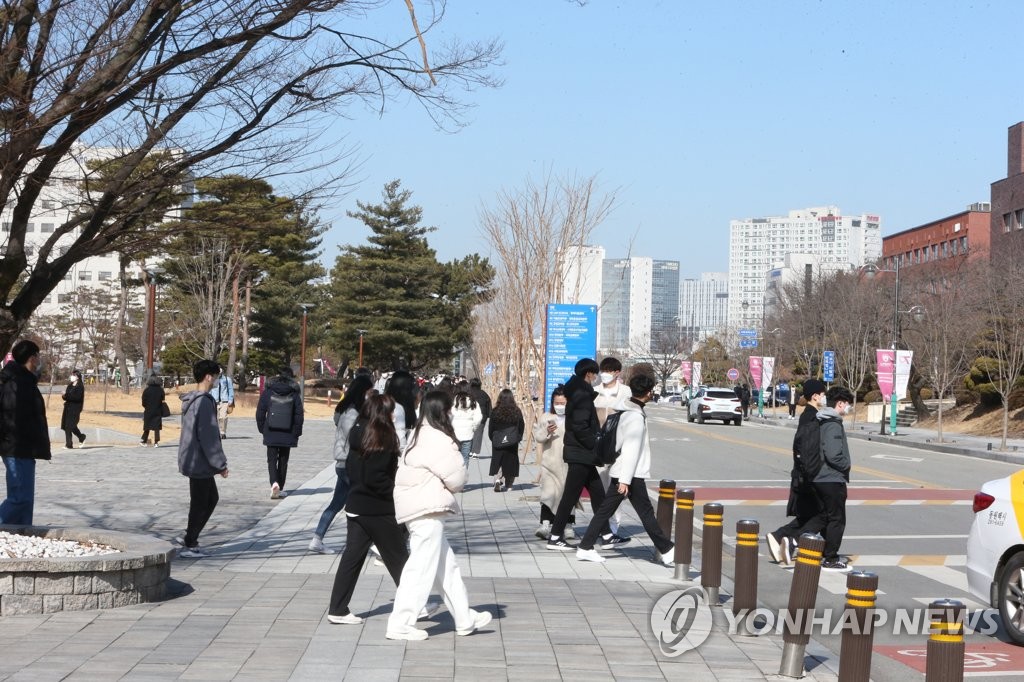 The daily caseload stayed above 130,000 for the ninth consecutive day as the omicron strain shows no signs of slowing down, according to the KDCA.

Daily cases exceeded 100,000 for the first time in mid-February.

Virus-related deaths rose to a record high of 128 from 96 a day earlier, bringing the death toll to 8,394. The fatality rate was 0.23 percent, the KDCA said.

The number of critically ill COVID-19 patients rose to 766 from 762 during the same period.

Health authorities said the current wave is expected to peak at some 250,000 daily cases in mid-March.

On Monday, Health Minister Kwon Deok-cheol said the government needs to ease the system for certain low-risk facilities as there is a low chance of transmission if everyone has masks on.

Despite the omicron wave, the government is widely expected to further relax social distancing rules in a bid to support businesses hit hard by COVID-19 curbs.

The country is likely to extend the business curfews on cafes and restaurants from the current 10 p.m. to 11 p.m. as early as Saturday. But it is expected to maintain the cap on private gatherings at six people. The measures will be announced Friday.

The current virus curbs are supposed to be effective until March 13.

Health experts voiced concerns the government seeks to ease virus curbs too early, while the current wave has yet to reach its peak.

Of the locally transmitted cases reported, Seoul reported 43,675 new cases. The surrounding Gyeonggi Province and the western city of Incheon added 51,941 and 15,964 new infections, respectively. Cases from overseas rose 54 to 29,497.

As of Thursday, 31.57 million people, or 61.5 percent of the country's 52 million population, had received booster shots. The number of fully vaccinated people came to 44.37 million, accounting for 86.5 percent, the KDCA said. 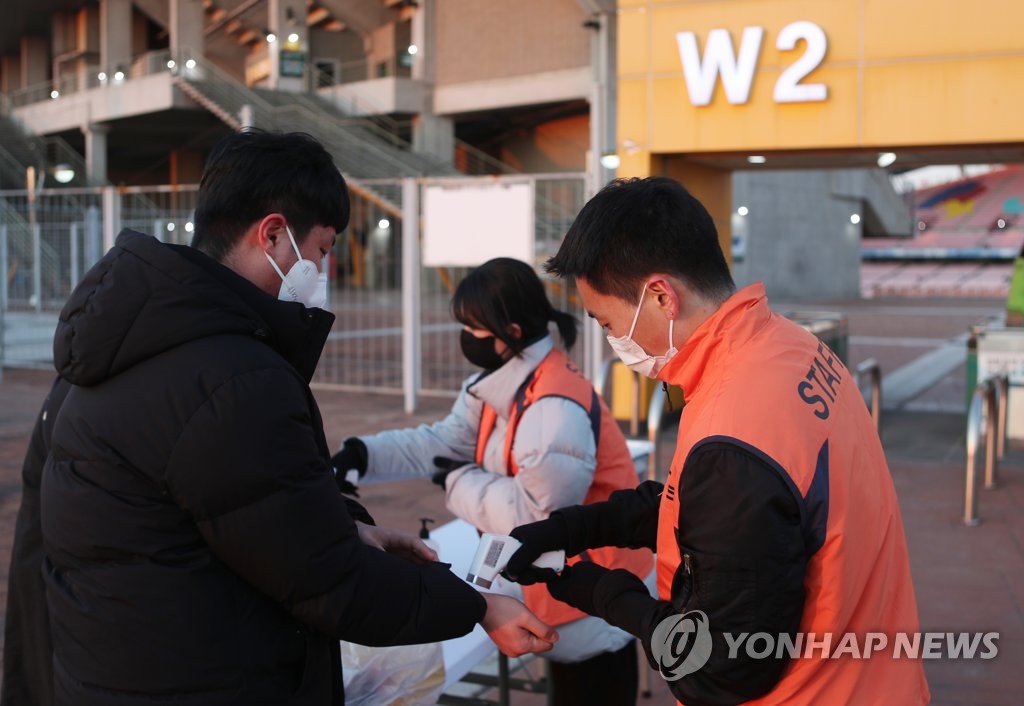