Last week, the U.S. government announced the Foreign Direct Product Rule (FDPR) for "all of Russia" as part of its export controls to block Russia's access to global high-tech products and other major items, such as semiconductors, over the Russian invasion of Ukraine.

During a working-level meeting between Seoul and Washington held Tuesday, the U.S. Commerce Department confirmed that smartphones, cars, washers and other consumer goods are exceptions to the FDP rules as long as they are not shipped to military-related users, South Korea's Ministry of Trade, Industry and Energy said.

South Korean firms could also get approval for planned shipment to their factories in Russia through the U.S.' case-by-case examinations, according to the ministry.

South Korea is seeking to receive an exemption from the FDP rules, as it was not included in the U.S.' exception list of 32 nations. 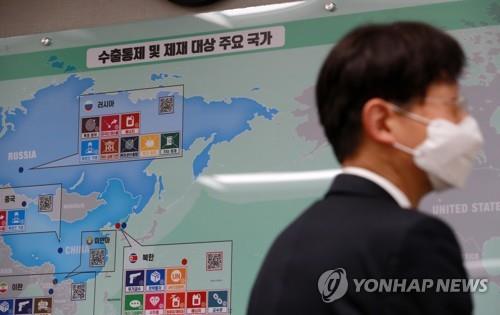