The government has been closely monitoring Russia's recent military operations against Ukraine, as it has joined the U.S.-led global efforts to impose sanctions on Russia.

"Russia's invasion of Ukraine has had negative fallout on global supply chains and financial and real economy sectors, and chances are that such impacts will deepen," Hong said during a committee meeting meant to boost competitiveness of the country's parts, materials and equipment segments.

South Korea has made all-out efforts to minimize the impacts by taking measures that include securing additional stocks of such raw materials as neon and krypton, Hong said, as the country depends heavily on Russia and Ukraine for imports of those items.

South Korea relies on overseas supplies for most of its energy needs.

The minister also vowed to continue to seek comprehensive measures to better support the key sectors on their production and trade based upon experiences of overcoming Japan's export curbs and the urea supply crisis. 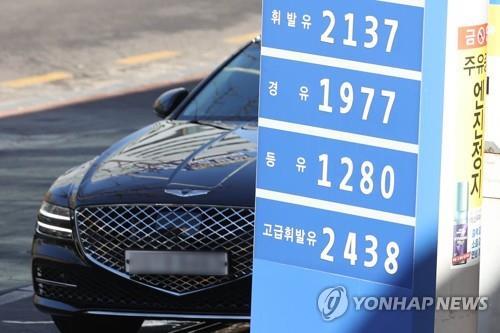 During Thursday's meeting, the government announced its plan to invest 2.3 trillion won (US$1.91 billion) in research and development projects in new industry fields this year, including bio and energy.

Previously, the government's drive to nurture materials, parts and equipment mainly focused on flagship industries, such as semiconductors and displays, but it has decided to expand the scope to secure key technologies in a wider range of sectors, according to the finance ministry.

This year, the government plans to push for more than 20 joint development projects with companies, it added. 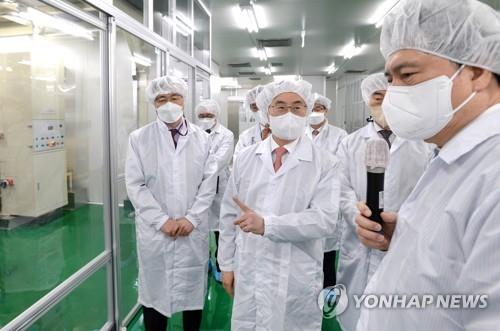