SEOUL, March 4 (Yonhap) -- South Korea will extend fuel tax cuts by three months as the country is striving to ease the burden on consumers and a build-up of inflationary pressure, the country's top economic policymaker said Friday.

On Nov. 12, the government lowered fuel taxes by a record 20 percent in a bid to tame inflationary pressure. The tax reduction was set to expire at the end of April.

The government decided to keep the fuel tax cuts in place for three more months until end-July amid concerns that the war in Ukraine could drive up energy prices further down the road.

"If economic uncertainty should mount further as international oil prices grow at a faster pace than current levels, we will also consider expanding the extent of fuel tax cuts," Finance Minister Hong Nam-ki told a meeting on inflation with other relevant ministers.

This marked the first such meeting in about five years.

A 20 percent fuel tax cut translates to a reduction of 164 won per liter of gasoline and 116 won per liter of diesel at local gas stations. The government did not provide data for a resulting fall in tax revenue.

The government earlier estimated that the fuel tax cut will reduce the government's tax revenue by 2.5 trillion won over the six months and help drive down the inflation rate by 0.33 percentage point.

Along with the extension of tax cuts, the government will beef up efforts to diversify import sources for energy supplies. In the case of supply disruptions, it is ready to divert offshore production by the state-run Korean National Oil Corp for domestic consumption. 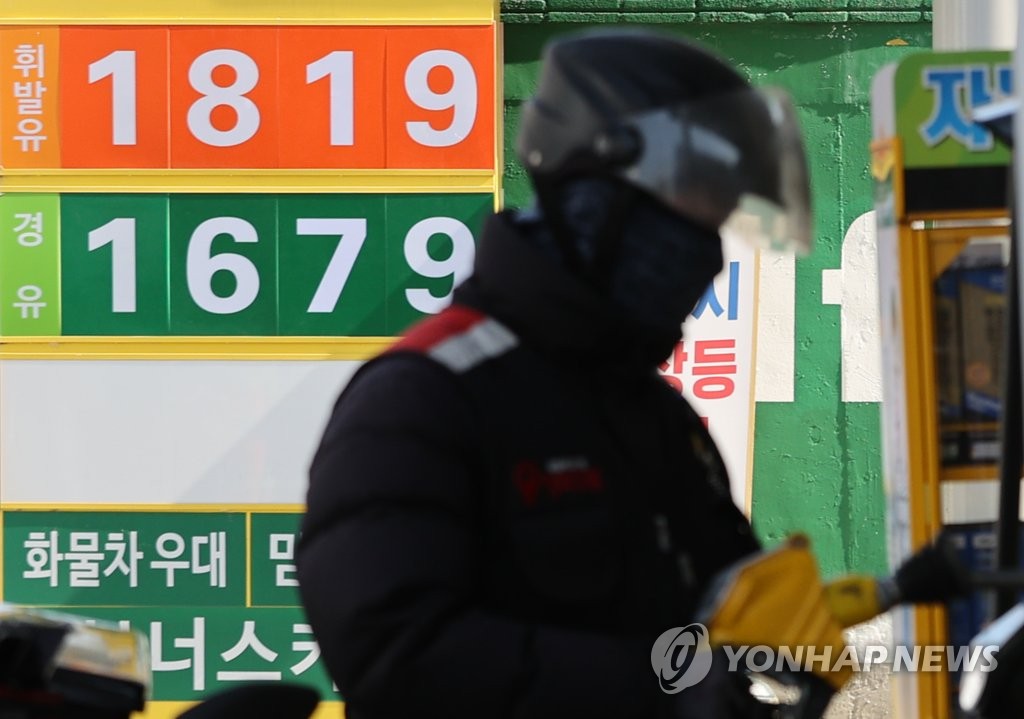 South Korea is confronted with increasing inflationary pressure in the face of a recovery in demand from a pandemic-caused slowdown and protracted supply chain disruptions.

Consumer prices rose 3.7 percent on-month in February, slightly quickening from a 3.6 percent gain in the previous month. This marked the fifth straight month that consumer prices growth has stayed over 3 percent.

Prices of Dubai crude, South Korea's benchmark, came to US$110.05 per barrel Wednesday, up from $77.12 at the end of last year. South Korea depends mainly on imports for its energy needs.

The government is also seeking to temporarily lower taxes under the quota tariff system on commodities whose prices could be volatile due to the Russo-Ukrainian War, the minister said. Neon and krypton, key materials needed for chipmaking, are expected to be among the items.

Voicing worries that high inflation and a resulting decline in real income could hurt the livelihood of people, Hong said that it is very important to stem inflation expectation from rising.

"We will employ all measures at our disposal in a way that could minimize the impacts of external factors and secure absolute stability of prices linked to the day-to-day life of people," he added. 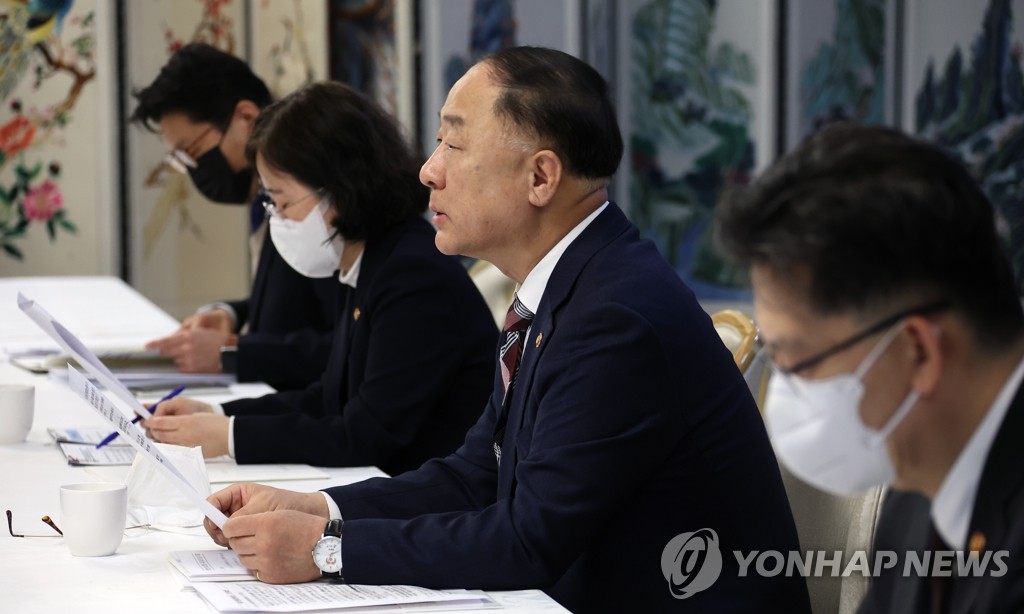