ULJIN, South Korea, March 4 (Yonhap) -- A wildfire broke out in the eastern coastal county of Uljin on Friday, prompting authorities to issue a natural disaster alert while trying to make sure the blaze does not pose a threat to a nuclear power plant in the area, officials said.

The blaze started on a road near a mountain in the North Gyeongsang Province county, about 330 kilometers southeast of Seoul, at 11:17 a.m. and has been spreading towards the peak of the mountain, according to the Korea Forest Service (KFS).

An evacuation order was issued for residents in the nearby area.

The KFS and the National Fire Agency (NFA) issued an emergency alert and mobilized 28 fire fighting helicopters, 35 firetrucks and more than 400 firefighters to put out the blaze.

But firefighters were having difficulties containing the fire due to strong wind with a speed of over 25 meters per second and dry weather, officials said. 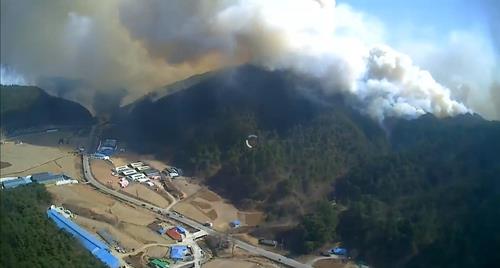 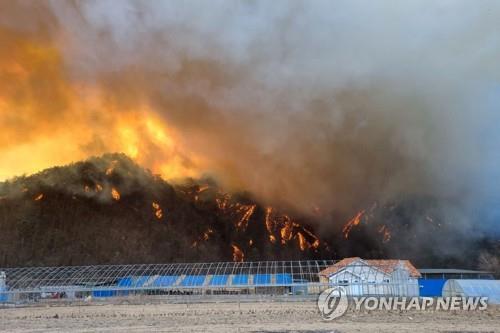