SEOUL, June 5 (Yonhap) -- North Korea fired eight short-range ballistic missiles (SRBMs) toward the East Sea on Sunday, a day after Seoul and Washington wrapped up their joint drills near the peninsula involving a U.S. aircraft carrier, according to the South's military.

The Joint Chiefs of Staff (JCS) said the launches were detected from 9:08 a.m. to 9:43 a.m. from areas around Sunan in Pyongyang. Further details were not immediately available. An informed source earlier said missiles were launched from at least two locations.

"While strengthening monitoring activities and vigilance, our military, in close cooperation with the United States, is maintaining a full readiness posture," the JCS said in the message.

It marked the North's 18th show of force this year and the third since President Yoon Suk-yeol took office May 10 with a pledge to get tough on the recalcitrant regime.

The North test-fired a suspected new-type ICBM and two apparent short-range ballistic missiles into the East Sea on May 25 right after U.S. President Joe Biden's trip to Seoul and Tokyo.

It marked the first time for the allies to have mobilized a nuclear-powered aircraft carrier during a combined exercise since November 2017. North Korea has been highly sensitive to such a joint military exercise by the allies, describing it as a rehearsal for invasion. 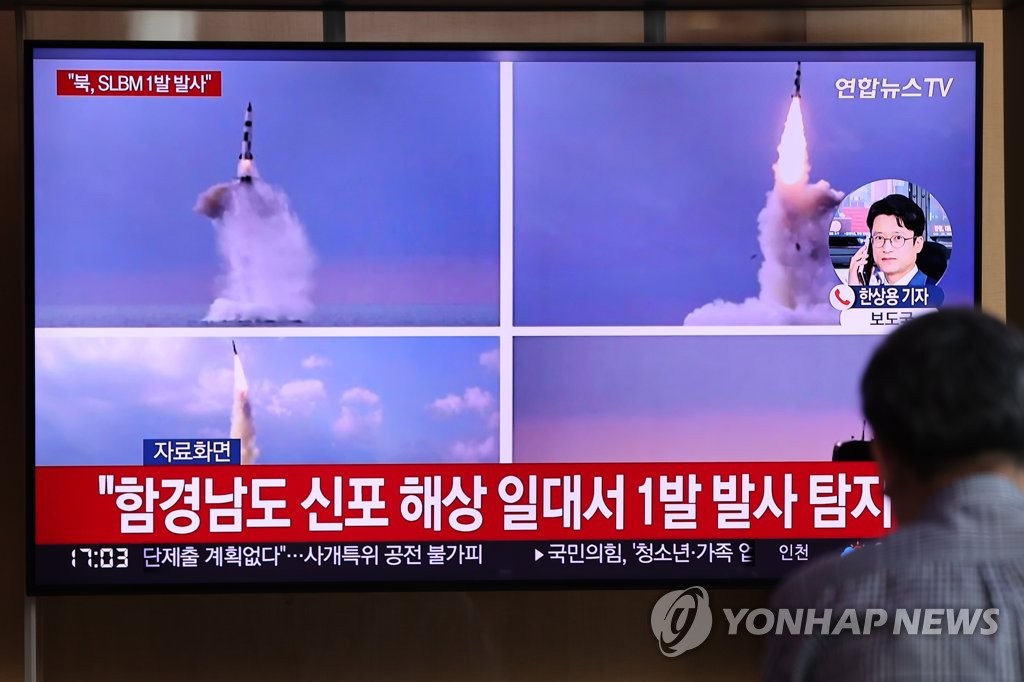