(ATTN: UPDATES with latest numbers in paras 5-9, more details and instructions from President Moon in paras 13-15)

The fire burned an estimated 21,179 acres (8,571 hectares) of woodland in Uljin, about 330 kilometers southeast of Seoul, and its neighboring city of Samcheok as of 1 p.m., according to forest and firefighting authorities.

That is more than double the size of woodland reported to have been affected the previous day.

The blaze began on Friday morning on a road near a mountain in Uljin and spread north to Samcheok in the afternoon, driven by strong winds and dry weather, according to the Korea Forest Service (KFS). 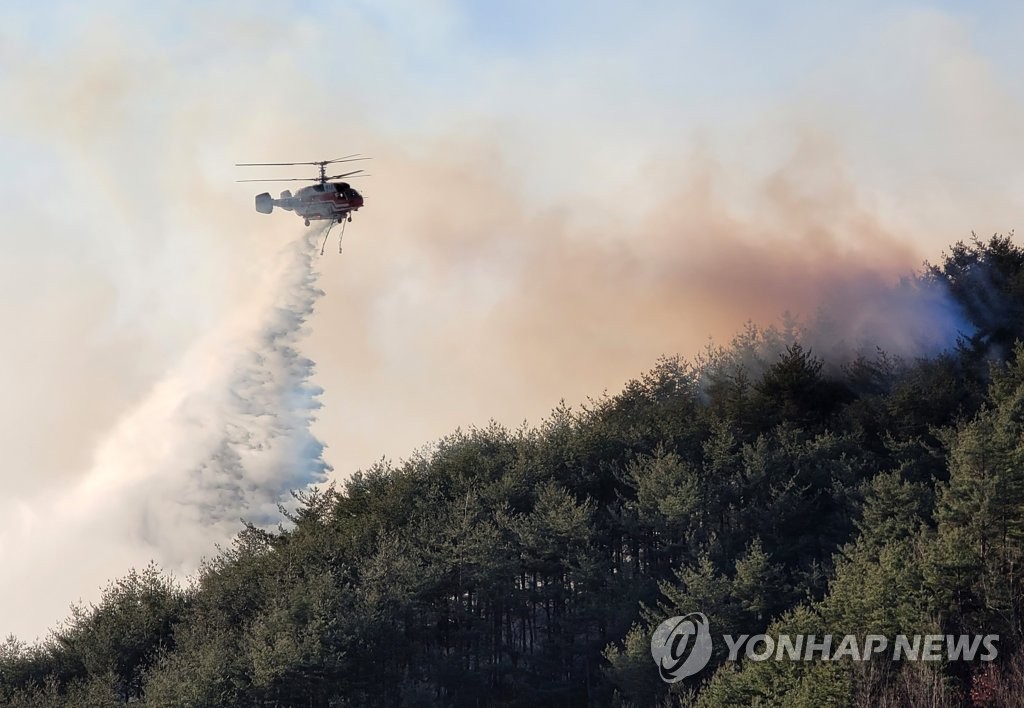 It destroyed at least 159 homes and 57 other structures, according to tallies from the Central Disaster and Safety Countermeasures Headquarters as of 3 p.m. No casualties were reported.

About 6,000 people fled their houses as the fire spread, though all but 673 had returned as of Saturday morning.

The fire once threatened a nuclear power plant, the nation's largest liquefied natural gas (LNG) production complex, and power transmission lines in the areas, but the firefighters brought the blaze under control before it reached the facilities, officials said.

But as the fire began to spread south again toward villages in Uljin following a switch in the wind direction, some villagers were forced to evacuate to safety.

As of 3 p.m., 7,002 firefighters were battling the blaze with 65 helicopters and 513 fire trucks deployed, focusing their efforts on blocking the southward spread of the fire and again on protecting the nuclear, gas and power facilities, according to the anti-disaster headquarters. 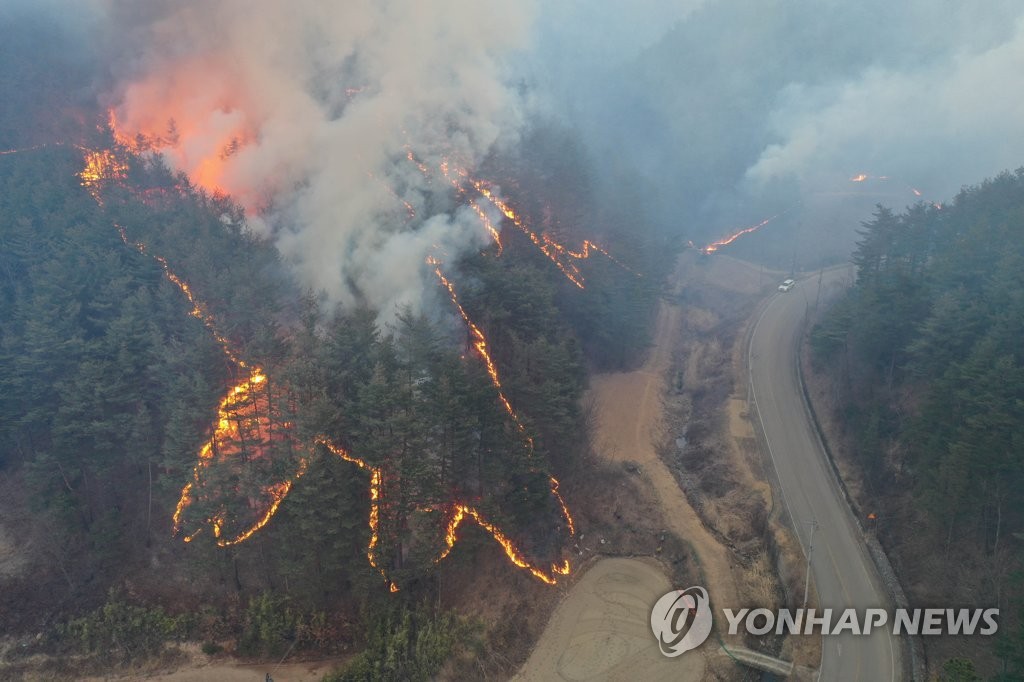 Firefighters were experiencing difficulties in extinguishing the fire with helicopters due to strong winds of 27 mps and thick smog created by the forest fire.

"Since the area affected is so big, our goal this morning is to overpower the flames moving southward," Choi Byeong-am, chief of the KFS, told reporters. "We aim to bring all flames under control by the sunset," he added.

Wildfires also broke out in two other areas of Gangwon Province -- Gangneung and Yeongwol-- during the day, disrupting traffic on a highway and a railway along the coast.

One of the fires started in Gangneung on the east coast at about 1 a.m. and is now fast-spreading south to Donghae, leading to the evacuation of hundreds of people.

President Moon Jae-in instructed officials to consider designating the areas hit by wildfires as a special disaster zone eligible for the government's financial support in recovery work, relief funds for victims and other benefits.

He also called for all-out efforts to quickly put out the blazes, making utmost use of all resources available, and prevent them from reigniting or spreading to other areas, according to presidential spokesperson Park Kyung-mee. 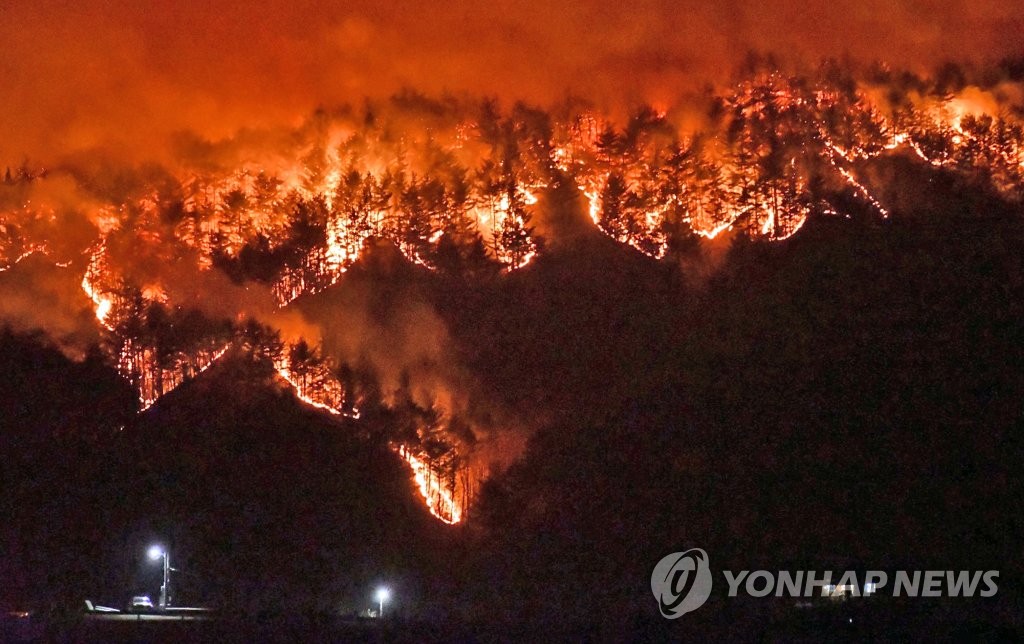