"The DPRK National Aerospace Development Administration (NADA) and the Academy of Defence Science conducted another important test on Saturday under the plan of developing a reconnaissance satellite," the Korean Central News Agency said in an English-language report. The DPRK is the acronym for the North's official name, the Democratic People's Republic of Korea.

Through the test, it added, the NADA "confirmed the reliability of data transmission and reception system of the satellite, its control command system and various ground-based control systems."

It did not provide additional details in the two-paragraph report.

The previous day, the secretive North fired a ballistic missile toward the East Sea, its ninth show of force this year, according to South Korea's military.

Launched from around the Sunan area in Pyongyang, the missile flew about 270 kilometers at a top altitude of 560 km, the Joint Chiefs of Staff said.

The test came amid concerns the North could fire a long-range rocket under the disguise of a space rocket launch, as it made a veiled threat in January to suspend its self-imposed moratorium on nuclear and intercontinental ballistic missile (ICBM) tests.

In the past, the North claimed to have sought to put satellites into orbit as part of a "peaceful" space development program, while the U.S. and its allies viewed it as part of efforts to master the ICBM technology.

Observers say the North's latest missile test, which followed a similar test last week, could be a prelude to preparations for a long-range rocket launch amid stalled denuclearization talks with the United States.

On Feb. 27, the North launched a ballistic missile and announced the next day that it carried out an "important test" to confirm the accuracy of the "photographing system, data transmission system and attitude control devices" to develop a reconnaissance satellite.

The stated development of a reconnaissance satellite is among the key defense projects that the North unveiled during its major congress of the ruling Workers' Party in January last year.

The North has launched a barrage of missiles, including an intermediate-range ballistic missile, since the start of this year. The latest show of force came four days ahead of South Korea's presidential election.

North Korea's foreign ministry, meanwhile, on Sunday slammed Tokyo for calling its "important test for developing a reconnaissance satellite" a "threat to the peace and security of Japan, the region and the international society."

Kim Sol-hwa, a researcher at the ministry-affiliated Institute for Studies of Japan, made the case in an article published on the ministry's website, claiming such views are the result of "ignorance."

"Our test this time is an open and aboveboard test conducted under the phased plan for developing a reconnaissance satellite," the article said. "Any attempt to violate our self-defensive right can never be tolerated, and Japan will certainly pay dearly for that." 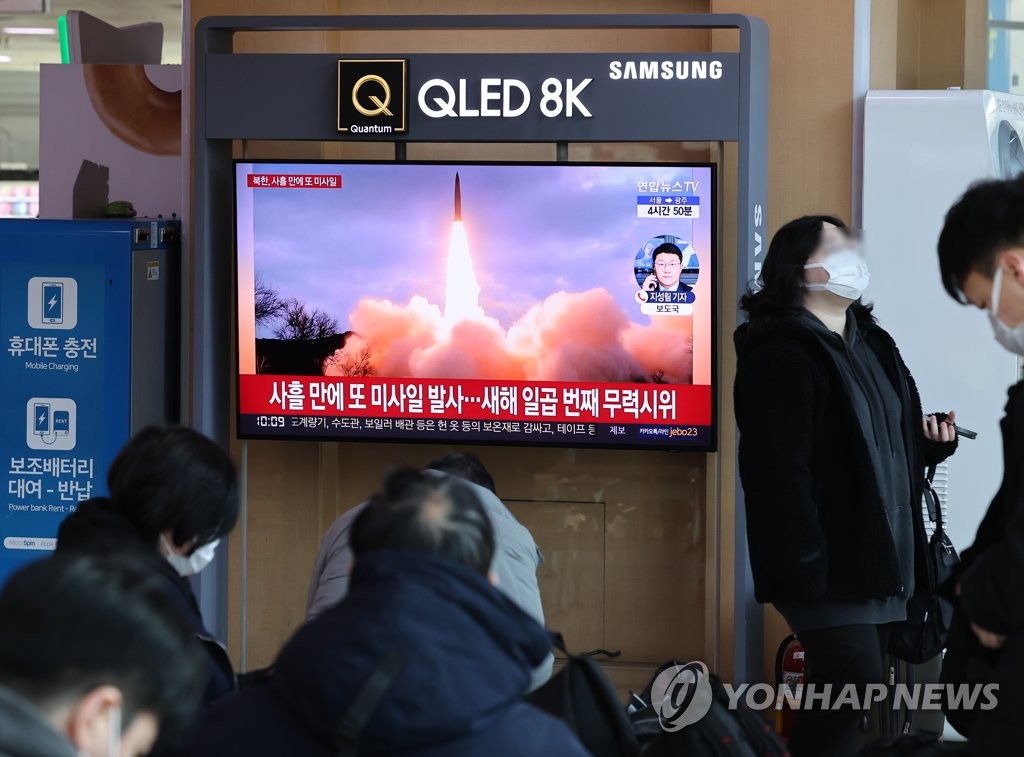