SEOUL, March 7 (Yonhap) -- Rhee Keun, a former Navy special warfare officer who recently gained huge popularity through the reality show "Fake Men" on YouTube, has said he left for Ukraine to take part in the war against Russia as a volunteer soldier.

"When the Ukrainian president called for help from across the world, ROKSEAL immediately began preparing to join the war as a volunteer," he said on Instagram and his YouTube channel ROKSEAL on Sunday. "We drew up plans and prepared coordination and equipment within 48 hours.

The former lieutenant said he initially sought to leave for Ukraine through a formal procedure but gave up the plan after receiving an answer for his inquiry from the government that people can be treated as a criminal and punished by imprisonment of one year or a fine of 10 million won (US$8,210) if they enter countries banned from travel.

"But I couldn't sit idle without helping Ukraine with our technology, knowledge and expertise simply because of the punishment," he said, adding he did not share the plan with anyone except a few close aides because his team had to leave South Korea and arrive in Ukraine safely through an informal route.

"If I come back alive, I will take responsibility for everything and take whatever punishment to be given," he said. "I'll raise the status of South Korea as the country's first volunteer solider." 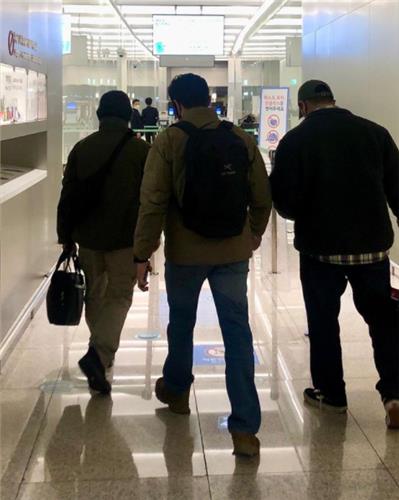