(ATTN: RECASTS with latest info throughout)

SEOUL, March 7 (Yonhap) -- South Korea said Monday it plans to suspend transactions with Russia's central bank, sovereign wealth funds and another Russian lender as it has joined the global move to impose more financial sanctions against Moscow over its invasion of Ukraine.

South Korea will also suspend transactions with Rossiya Bank, one of seven Russian banks that will be removed from the SWIFT global payment system under the EU sanctions.

But as for Russia's central bank, South Korea will apply the same standards as the U.S. when it comes transactions that will be exceptionally allowed, those connected with energy supplies.

The move came as Seoul has joined the multinational move to impose sanctions against Russia, including export control and the removal of Moscow from the SWIFT network, in which trillions of dollars change hands for cross-border payments.

Last week, South Korea said it will end transactions with seven major Russian banks and their affiliates, including Russian top lender Sberbank. It has also decided to halt investment in Russian government bonds. 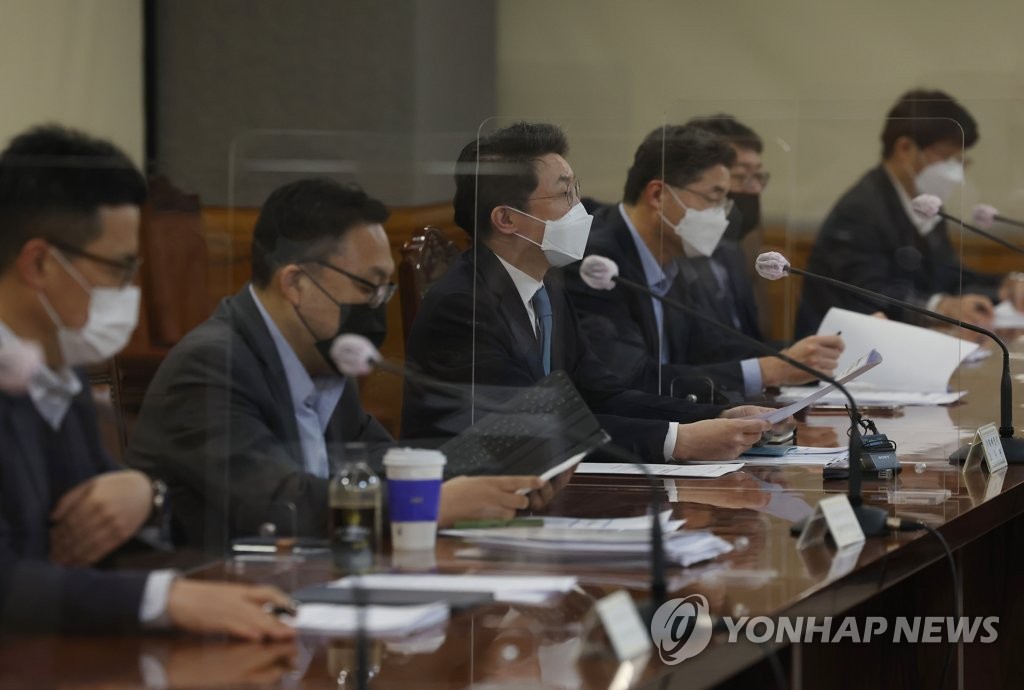