GENEVA, March 7 (Yonhap) -- The chief of the U.N. nuclear watchdog said Monday that signs of activities have been detected at North Korea's main Yongbyon nuclear complex and other facilities and called the reclusive regime's nuclear program "deeply regrettable."

Rafael Grossi, Director General of the International Atomic Energy Agency (IAEA), said the agency's monitoring team has spotted indications of activity at the 5-megawatt reactor at the complex north of Pyongyang, which is capable of producing weapons-grade plutonium.

"We continue to observe construction activities at the Yongbyon site, including construction of an annex to the reported centrifuge enrichment facility, the purpose of which has yet to be determined," Grossi said in a statement to the board of governors.

North Korea has been constructing a new building near the light water reactor under construction, possibly to support the fabrication or maintenance of reactor components, he added.

Grossi also said there are "ongoing indications of activities" at Kangson uranium enrichment complex and Pyongsan uranium mine and concentration plant.

"The continuation of the DPRK's nuclear programme is a clear violation of relevant UN Security Council resolutions and is deeply regrettable," Grossi said, referring to North Korea' official name, the Democratic People's Republic of Korea.

Pyongyang has staged six nuclear tests with its last test in September 2017. Nuclear negotiations between the U.S. and the North have remained stalled since the 2019 Hanoi summit between the two nations ended without a deal. 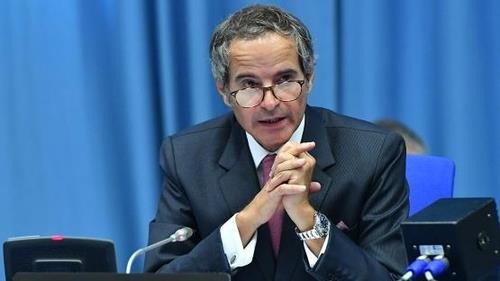