SEOUL, March 8 (Yonhap) -- Ruling party presidential candidate Lee Jae-myung and his main opposition rival Yoon Suk-yeol were set to wrap up their hard-fought campaigns with final rallies in Seoul on the eve of the election Tuesday as both sides claimed they would ultimately emerge victorious.

The main opposition People Power Party (PPP) countered, however, that the high turnout demonstrated the public's yearning for a change of government. 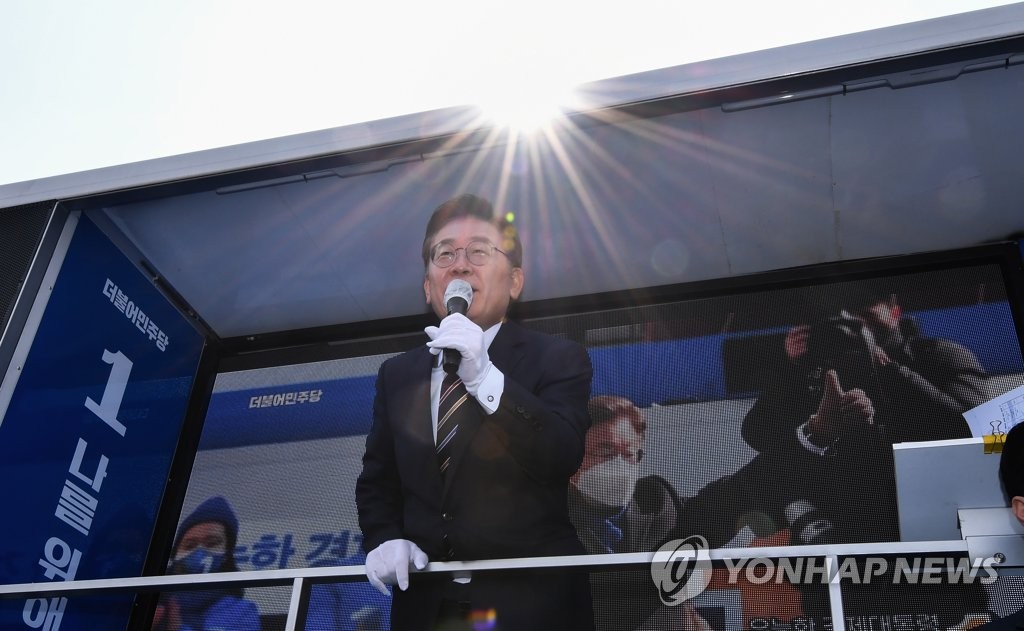 On Tuesday, Lee started the day with a news conference, pledging to send special envoys to the United States, China, Japan and North Korea as soon as he is elected to help bring lasting peace to the Korean Peninsula.

He also promised to issue an executive order to lift COVID-19 business curfews and freeze main public utility charges until after the pandemic ends.

Lee then held campaign rallies in Seoul's financial district of Yeouido and in the surrounding cities of Goyang, Paju and Incheon. Later Tuesday, he will stop in Gwangmyeong before returning to the capital for a finale event at Cheonggye Plaza, a location symbolic of the candlelight rallies that forced the ouster of former President Park Geun-hye in 2017.

DP Chairman Song Young-gil, who was attacked with a hammer while campaigning in Seoul the previous day, was discharged from a hospital and returned to the campaign trail.

Lee's last event is scheduled for 10:30 p.m. in the Hongdae neighborhood.

Meanwhile, PPP candidate Yoon swung through the nation from south to north and along the conservative strongholds of the eastern half.

Starting on Jeju Island, he stumped through Busan and Daegu before heading to Daejeon and Seoul for a finale event at Seoul Plaza, just 400 hundred meters away from Lee. 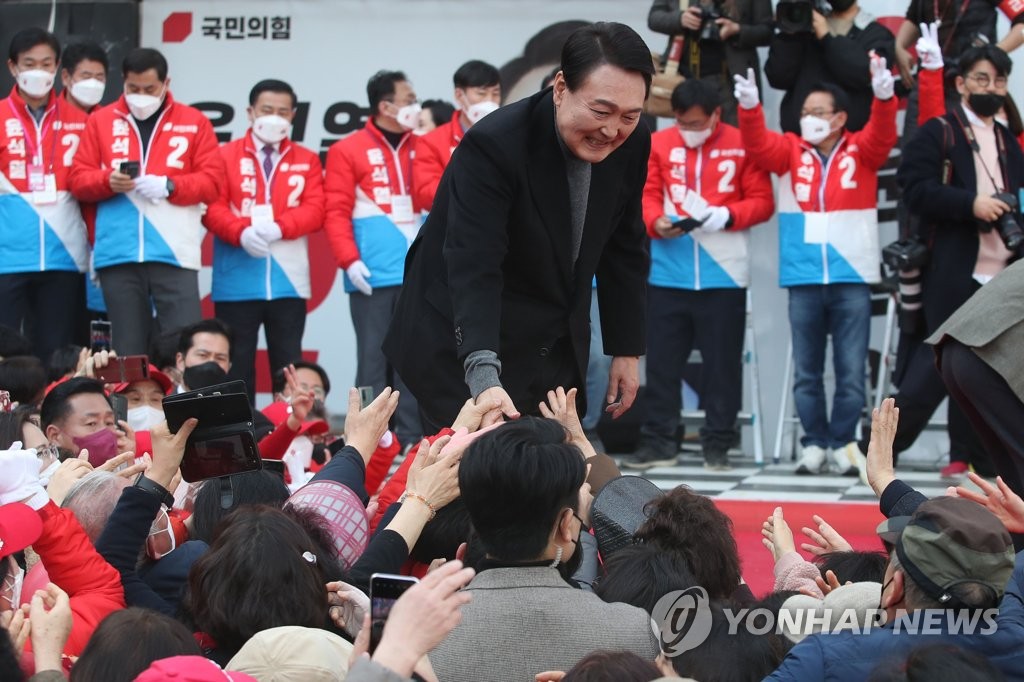 In Busan, he was joined by Ahn Cheol-soo of the minor opposition People's Party, who dropped out of the race last week to merge campaigns with Yoon.

The PPP candidate's last stops will be near Konkuk University in eastern Seoul and Gangnam Station in the south.

She will wrap up her campaign targeting young voters in the Hongdae area. 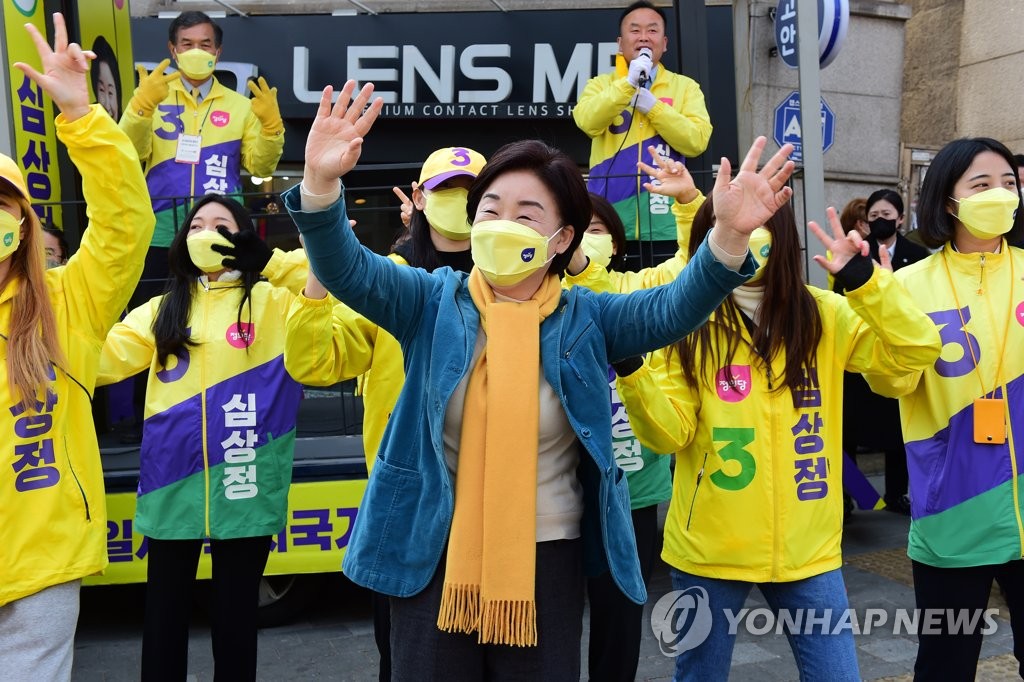