Local authorities have been struggling to put out the blazes that began on Friday in Uljin, 330 kilometers southeast of Seoul, and spread to other areas.

Earlier this week, Defense Minister Suh Wook called for "all-out" efforts to help extinguish the fires during a special meeting of top commanders from all service branches.

The cumulative numbers of troops the Army, the Marine Corps, the Navy and the Air Force have mobilized in support of the firefighting efforts have come to 5,297, 2,879, 987 and 250, respectively, the ministry said.

The wildfires had burned an estimated 21,772 hectares of woodland, the size of 30,493 soccer fields, as of Tuesday morning, according to the Central Disaster and Safety Countermeasure Headquarters.

North Korea's state media reported on the wildfires in the South, as it itself has been striving to prevent forest fires amid dry weather.

Citing a report from the U.N. Environment Programme, the Rodong Sinmun, the North's main newspaper, warned the risks of large-scale forest fires could increase down the road due to global warming.

"The increasing frequency of wildfires is related to forests having become dry due to the continued phenomena of high temperatures," the newspaper said, stressing the need for a "decisive" measure to prevent global warming. 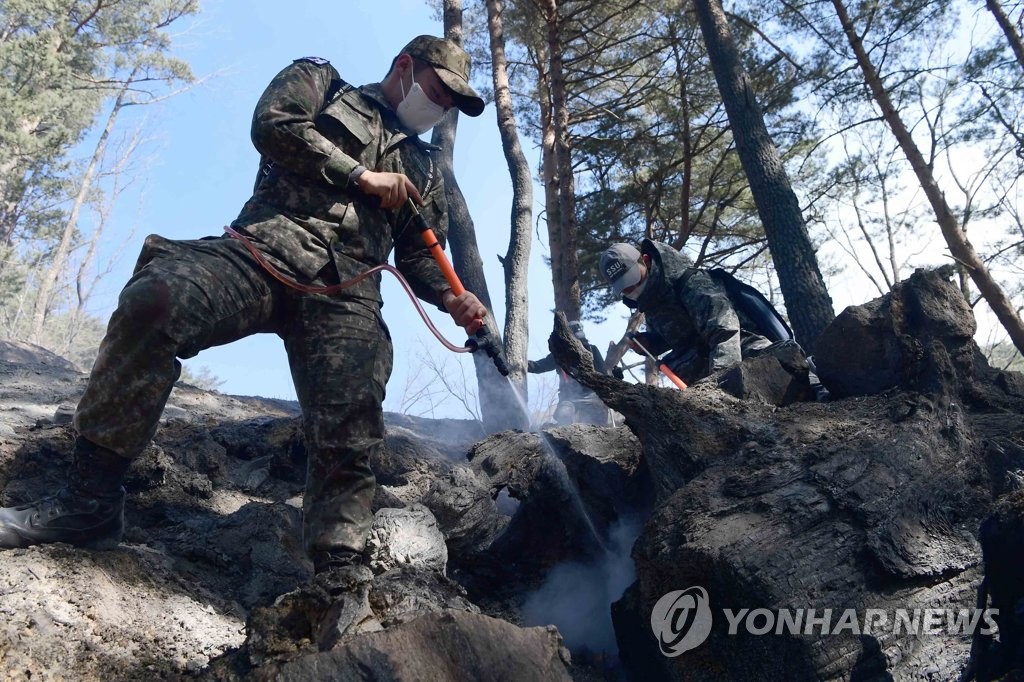