SEOUL, March 8 (Yonhap) -- South Korea's unification ministry on Tuesday called on North Korea to abide by agreements it has made with the international community for the denuclearization of the Korean Peninsula amid reports the reclusive regime is continuing activities at its main Yongbyon nuclear complex.

On Monday, Rafael Grossi, director general of the International Atomic Energy Agency (IAEA), said the agency's monitoring team has spotted indications of activity at the 5-megawatt reactor at the complex north of Pyongyang, calling the move "deeply regrettable."

"The government, in close coordination with related countries and agencies, such as the United States and the IAEA, is continuing the monitoring of North Korea's nuclear and missile activities," a ministry official told reporters on background.

The official declined to comment further on "intelligence matters" but added there hasn't been any major activities worthy of attention.

"(We) urge North Korea to respect the spirits of agreements it has signed with the international community and South Korea (to push for the complete denuclearization of the Korean Peninsula)," the official said.

According to the U.N. nuclear watchdog, the North appears to be building an annex to a centrifuge enrichment facility at Yongbyon, though its purpose has yet to be determined.

North Korea also appears to be constructing a new building at its purportedly demolished Punggye-ri nuclear test site, Jeffrey Lewis, a professor at the Middlebury Institute, said, citing information based on satellite imagery.

"This is the first activity we have seen at the site since North Korea dismantled it in May 2018," he said. "One possibility is that North Korea plans to bring the test site back to a state of readiness to resume nuclear explosive testing." 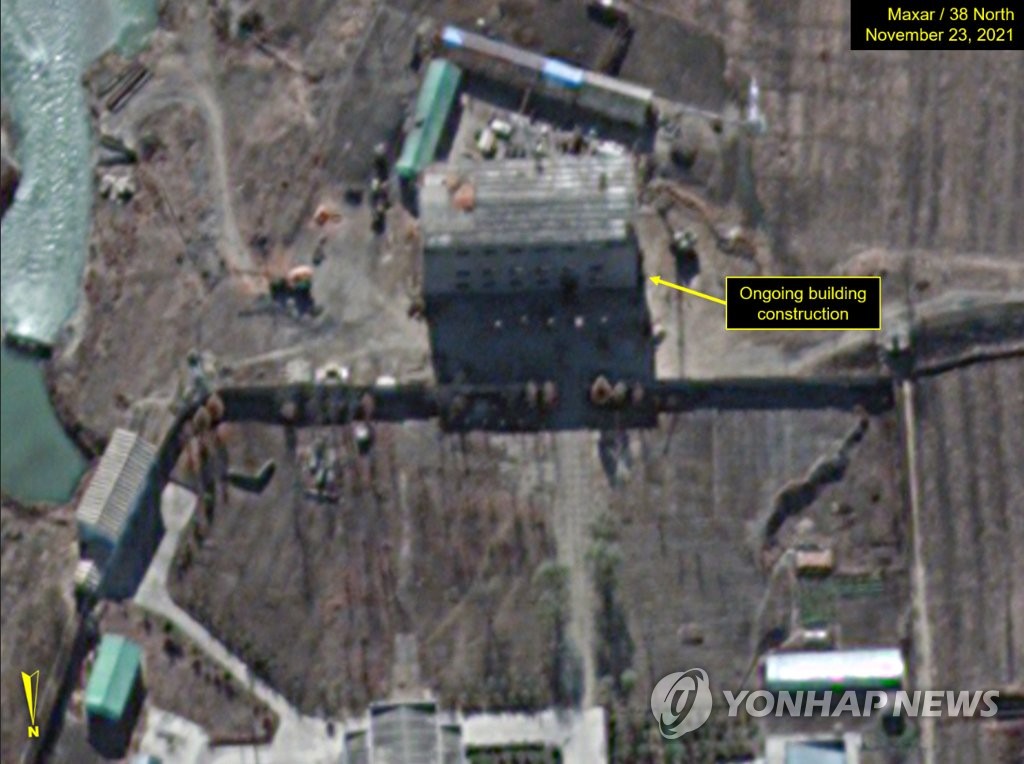