SEOUL, March 8 (Yonhap) -- Hyundai Motor Co.'s all-electric IONIQ 5 has been named the UK Car of the Year 2022, beating nine competitors in the final round, the company said Tuesday.

The IONIQ 5 outpaced the nine models, including the Fiat 500-e city car, BMW iX crossover and Porsche's Taycan Cross Turismo, in an overall score of design, performance and practicality, Hyundai said in a statement.

"The Hyundai IONIQ 5 feels like the future of motoring, only it's here today," John Challen, Editor and managing director of the UK Car of the Year Awards, said in the statement.

The UK car of the Year winner was chosen by 29 motoring journalists from across Britain. 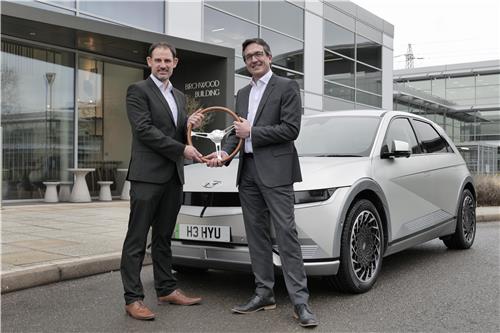