SEOUL, March 8 (Yonhap) -- The chief of the National Election Commission apologized Tuesday for mishandling ballots of COVID-19 patients and other blunders during last week's early voting, pledging to make sure no such mishaps will happen again in Wednesday's election.

"As a chairperson, I feel responsibility for causing confusion and inconvenience with poor preparations," NEC Chairperson Noh Jeong-hee said at a press conference in Gwacheon, south of Seoul. "The NEC turned over a leaf and prepared thoroughly so that every person can exercise their voting rights without inconvenience."

The NEC came under fire following revelations virus patients and people under self-isolation were not allowed to put their votes into ballot boxes and election officials instead collected them in plastic bags and other unofficial containers during early voting Saturday.

The practice sparked suspicions of election rigging, though the NEC has flatly rejected such claims.

In the wake of criticism, the NEC on Monday decided that COVID-19 patients and those in quarantine must put their votes into ballot boxes themselves the same way as other voters in the March 9 election after regular polling closes.

"We have double-checked our measures to guarantee voting rights of virus patients and people in quarantine," she said. "The NEC cares about each vote that contains people's will and will manage voting and ballot counting accurately and transparently."

The NEC said 14,464 polling stations will be opened for Wednesday's election, up 500 from the previous presidential election in 2017. 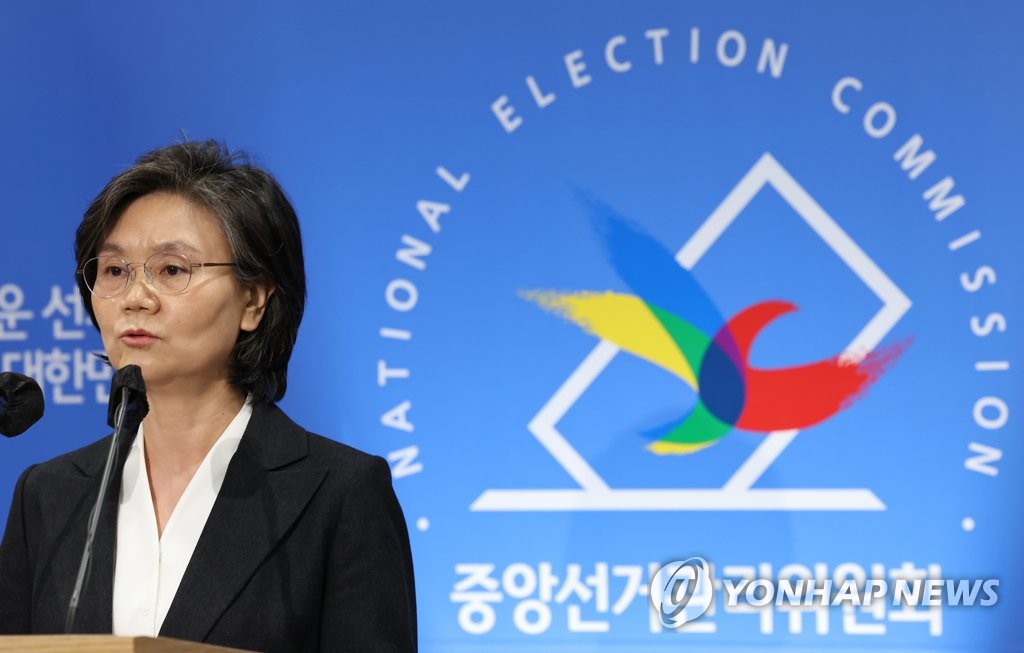