SEOUL, March 8 (Yonhap) -- The military on Tuesday reported 1,055 additional COVID-19 cases, raising the total caseload among its domestic personnel to 27,717.

The new cases included 642 from the Army, 146 from the Air Force, 113 from the Navy, 84 from units under the direct control of the defense ministry and 55 from the Marine Corps.

Currently, 7,048 military personnel are under treatment.

The U.S. Forces Korea (USFK), meanwhile, said 157 more people in its affiliated community have tested positive for COVID-19 over the past week ending Monday.

The latest USFK tally raised the total number of infections reported among the USFK-affiliated population to 6,558. 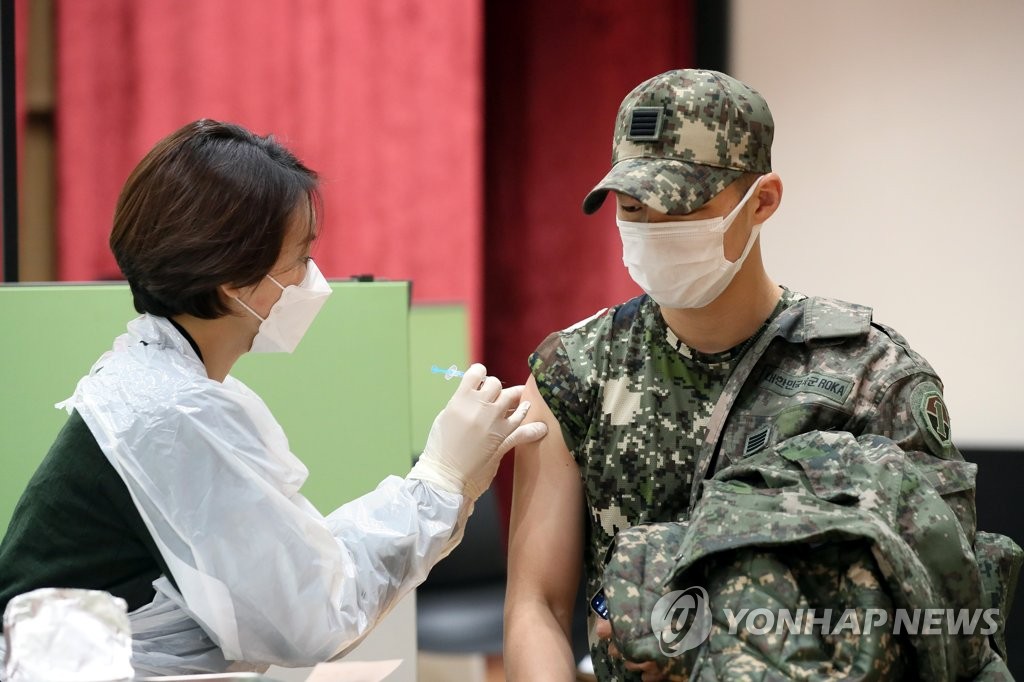