Yoon of the conservative People Power Party (PPP) had 48.61 percent of the vote against Lee of the liberal Democratic Party (DP)'s 47.79 percent, according to the National Election Commission (NEC). 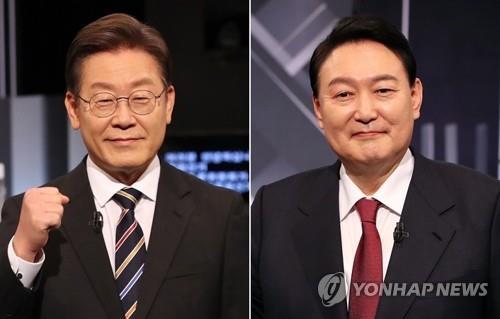 Lee initially led Yoon but the gap between them narrowed before Yoon overtook Lee at the point where 51 percent of the vote was counted.

DP officials in the campaign's situation room quickly turned quiet as they turned to focus on their TV monitors, while PPP officials reacted with cheers and victory chants.

Final voter turnout was 77.1 percent, lower than earlier expectations and just shy of the 77.2 percent in the previous presidential election in 2017, according to the NEC.

Of the nearly 44.2 million eligible voters, more than 34 million had cast their ballots.

At the current rate, this election could be recorded as the closest presidential race since the introduction of the direct presidential vote in 1987. The tightest race to date was in 1997 when Kim Dae-jung won the election with 40.27 percent of the vote against Lee Hoi-chang's 38.74 percent. 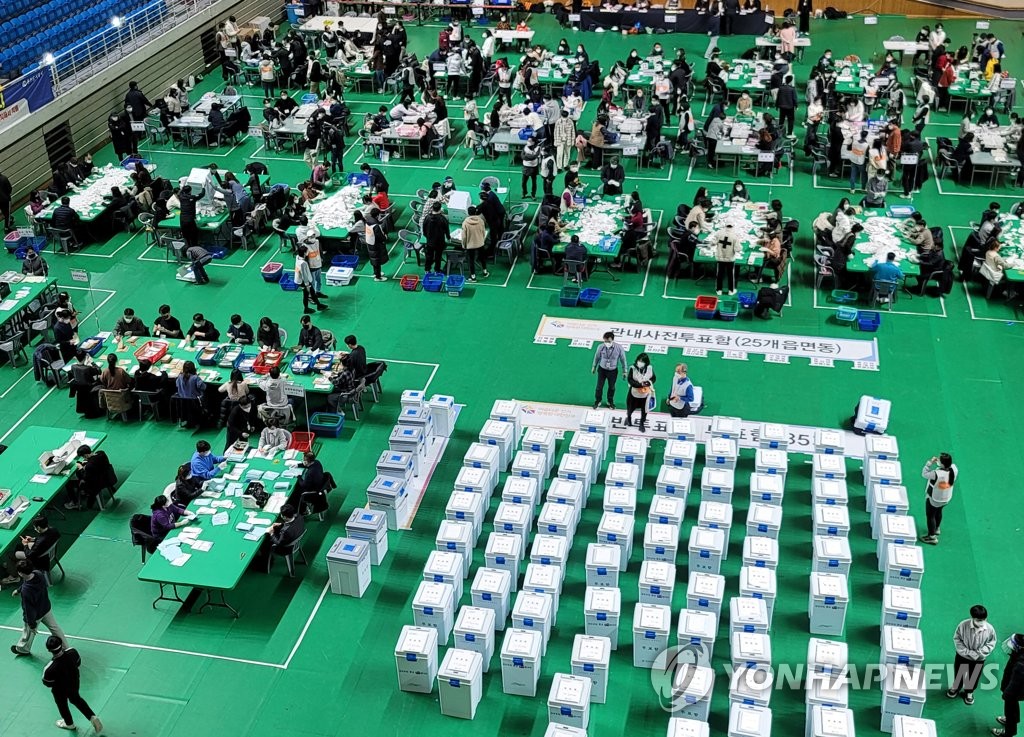 Lee, 57, a former Gyeonggi Province governor, used his background in public administration to campaign under the slogan of a competent and pragmatic president who will get things done in both the economy and foreign relations.

Surveys conducted before the blackout on all nationwide polls last week showed the two running neck and neck within the margin of error.

A potential tiebreaker between the two arrived last Thursday, when the third-placed candidate, Ahn Cheol-soo of the minor opposition People's Party, dropped out of the race to support Yoon. Ahn had had about 10 percent support before his withdrawal.

The impact of that coalition was difficult to gauge because of the blackout on polls. Many believed the coalition boosted Yoon's chances, but others warned it could backfire and result in motivating more Lee supporters to vote.

The results of Wednesday's election could have profound impacts on the direction South Korea will take on key issues, as Lee and Yoon differ on foreign policy, including relations with North Korea, and economic issues, such as welfare and real estate policies.

In contrast, Lee has taken a more conciliatory approach to the North, saying the overriding goal in Seoul's policy toward Pyongyang is to prevent another war on the peninsula.

He has called for simultaneously pursuing North Korea's denuclearization and sanctions relief, and protested that Yoon's remarks only raised tensions with North Korea and China at the expense of South Korea's economy.

This election was seen by many as the country's worst election because of the high degree of negative campaigning on all sides, creating an unusually large number of swing voters, who postponed their choices until the last minute.

On the one hand, Lee was suspected of involvement in a massive corruption case behind the 2015 development of an apartment complex in Seongnam, south of Seoul, during his time as the city's mayor.

His wife, Kim Hye-kyung, was accused of misusing public servants and government credit cards when Lee was governor of Gyeonggi Province.

On the other hand, Yoon faced allegations he associated closely with shamans and relied on them for advice.

His biggest liability during the campaign was arguably his wife, Kim Keon-hee, who was accused of accepting bribes and manipulating stocks long before he launched his presidential bid.

Late last year, she came under attack for allegedly lying on her resume while applying for jobs at two universities in 2007 and 2013.