SEOUL, March 8 (Yonhap) -- The South Korean government is taking administrative steps to revoke the passport of a Navy SEAL-turned-YouTuber for his unauthorized entry to Ukraine and it is also seeking criminal punishment against him, a related ministry said Tuesday.

According to the Ministry of Foreign Affairs, Rhee Ken, a former Korean Navy special warfare officer, was confirmed to have arrived in Ukraine "without the government's prior approval."

The previous day, he claimed to have set up a military tent in the Eastern European nation to help fight in the war against Russia.

"The Ministry of Foreign Affairs has been consulting with the related agencies, including the Ministry of Justice, to proceed with the administrative measures on (Rhee's) passports," ministry spokesman Choi Young-sam told reporters.

He is also accused of having violated the nation's Passport Act.

Seoul has banned its nationals from traveling to all regions of Ukraine since mid-February amid safety concerns. Those who enter the country without approval can face up to a year in prison or a maximum fine of 10 million won (US$8,150) under the legislation. 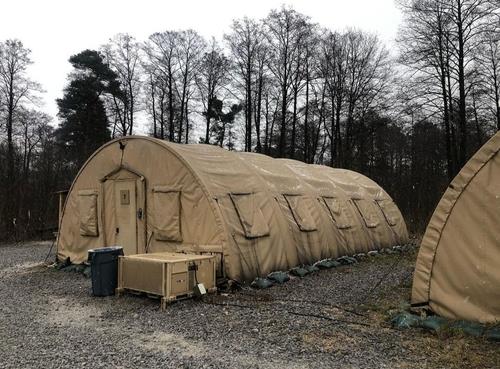