SEOUL, March 8 (Yonhap) -- The Supreme Court ruled Tuesday the failure by bus companies to provide equipment to board wheelchairs of handicapped passengers was in violation of the Disability Discrimination Act.

The top court reached the decision in the case launched by three handicapped plaintiffs against the central government, the Seoul and Gyeonggi Province governments, and two bus companies accused of discriminating against wheelchair-bound travelers, sending the case back to the appeals court in Seoul.

The lawsuit was launched in March 2014 by advocacy groups for handicapped people, demanding the companies provide equipment to board wheelchairs on buses and introduce low-floor buses on its routes.

The court said transportation operators have the "obligation to provide wheelchair-boarding equipment" to passengers and are required to operate under non-discrimination policies "as diligently as possible."

It, however, dismissed an earlier appeals court order to install wheelchair boarding equipment on all routes of the companies, taking into consideration their financial situations. It limited the scope of responsibilities in the case to the routes likely to be traveled by the plaintiffs. 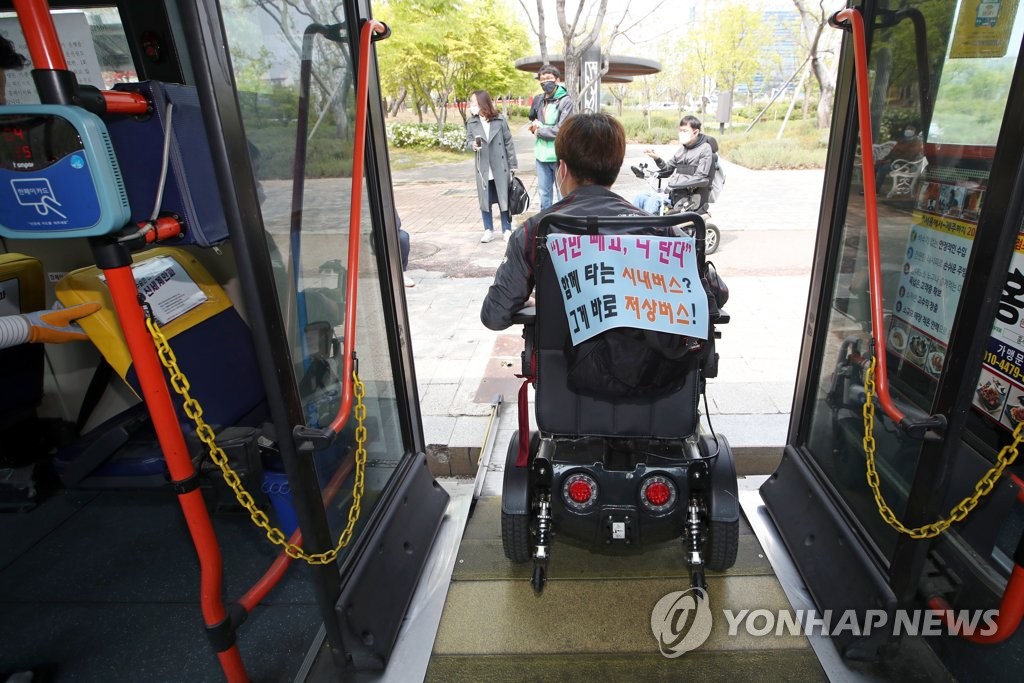