POHANG, South Korea, March 8 (Yonhap) -- Police in the southeastern city of Pohang are investigating the death of a female university student who jumped from a moving taxi and died after being hit by another car, officials said Tuesday.

Before the incident, she texted her boyfriend, telling him she was scared as the taxi was heading in the wrong direction and the driver ignored her request to stop, a person who claimed to be her brother said in a public petition.

According to the local police station, the woman in her early 20s took the taxi near a railway station in the coastal city, 370 kilometers southeast of Seoul, Friday evening. Her boyfriend asked the driver to take her to her university dormitory. He did not accompany her in the cab. 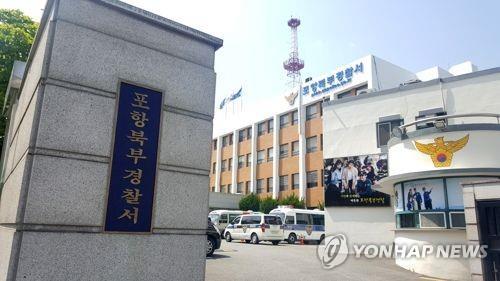 The driver in his 60s told the police that he misunderstood the destination and drove toward a different university.

The passenger asked him to let her out before abruptly jumping out while the car was still moving, he reportedly said.

She was then struck by an SUV that was following the taxi and was declared dead at a nearby hospital.

On Monday, a person who claimed to be her younger brother uploaded a petition on the website of the presidential office, calling for a thorough investigation to uncover the truth of her death.

"My sister delivered her extreme anxiety to her boyfriend on Kakao Talk when the taxi was heading to a strange place. She called her boyfriend to inform him of the situation and was heard saying, 'Mister, please stop the car,' but the driver did not respond," he wrote in the petition.

"My sister chose to jump out of the fast-moving car out of extreme fear that her life was in danger," he said.
(END)