By Woo Jae-yeon and Choi Kyong-ae

SEOUL, March 8 (Yonhap) -- South Korean companies with business ties with Russia will likely be hit by Moscow's retaliatory moves to allow Russian companies to make payments to foreign creditors in the Russian currency.

Moscow announced a list of a few dozens of "unfriendly" nations on Monday, including South Korea, the United States, Switzerland, Japan and Taiwan, which imposed or joined the international sanctions against Russia over its invasion of Ukraine.

The Russian government said all business deals with companies from the listed nations should be approved by it, and allowed its companies and citizens to pay foreign creditors from the list of countries in ruble, which has plummeted since Russia's unprovoked attack against Ukraine late last month. 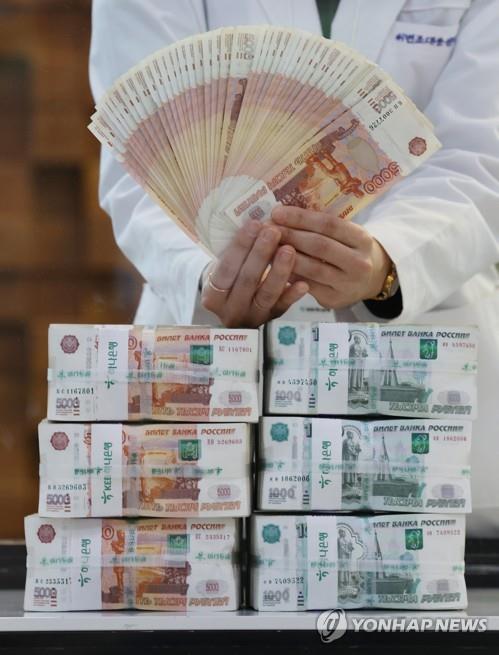 The measures are seen by some as an indication that there are enhanced risks of the Russian government's defaulting on its foreign debts.

The ruble plummeted to a record low against the U.S. dollar Monday, trading at 155 rubles per US$1. It has lost almost 90 percent of its value against the greenback since the start of this year.

Moscow's latest move is feared to cause additional financial damage to South Korean businesses with exposure to Russia, which have already been hurting from unfavorable exchange rates.

"Given the fact that the ruble's value nosedived and seems likely to plunge further, Russia's measures, while retaliatory, also signal the country is near defaulting on its debts," said Sung Tae-yoon, an economics professor from Yonsei University in Seoul.

"Businesses with ties to Russia are exposed to default risk," he said.

"We need to receive outstanding payments in U.S. dollars. If the payment is made in rubles, losses seem inevitable," one industry source said. 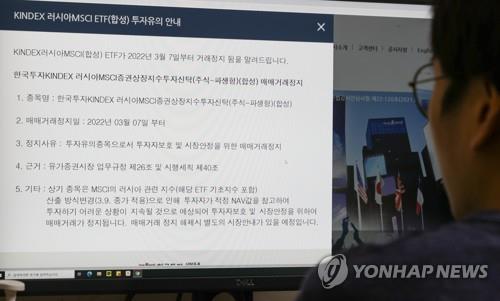 Samsung Electronics Co., which has been operating in Russia for nearly 30 years, temporarily suspended product shipments to the country due to major disruptions in global logistics over the geopolitical unrest in the region and risk over exchange rates.

Global shipping companies, including Maersk, have halted most deliveries to Russia following a slew of Western sanctions against Russia.

Samsung has a TV factory in Kaluga, southwest of Moscow. It is also the biggest mobile phone vendor in the country, taking up around 26 percent of the market.

LG Electronics Inc. operates a plant in Ruza, some 100 kilometers west of Moscow, manufacturing home appliances and electronics with more than a thousand employees. The company, however, does not export much to Russia and relies on local production.

Shipbuilders, carmakers and airlines are also expected to suffer or are already suffering from foreign exchange losses in trade with their Russian counterparts.

For shipbuilders, such losses seem unavoidable as most of their orders are heavy tail contracts where a buyer makes a larger payment when a ship is delivered.

Airlines are believed to suffer less compared to shipbuilders and automakers as they have mainly served the Incheon-Moscow route with limited flights amid the extended COVID-19 pandemic.

Currently, flights to the Russian capital city are suspended since the invasion, which sparked sweeping sanctions from governments around the world. 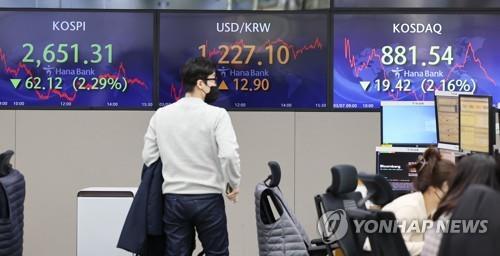