The discussions were made during a teleconference between South Korea's Trade Minister Yeo Han-koo and the agency's Director General Gerd Muller earlier in the day, as the two sides sought to boost ties particularly after the chief's inauguration in December last year, according to the Ministry of Trade, Industry and Energy.

During the talks, Yeo expressed Seoul's commitment to contributing to developing nations' industrial development based on its experiences, particularly in their transition to green growth.

He also proposed joint efforts with the agency to ensure stable supply chains of developing nations, calling the issue key to their sustainable development amid growing challenges amid the COVID-19 pandemic.

"The UNIDO chief agreed to seek detailed cooperation measures with South Korea, and vowed to pay attention to Seoul's pursuit of more South Koreans' joining of the organization," the ministry said.

UNIDO aims to promote industrial development for poverty reduction, inclusive globalization and environmental sustainability, and it has 170 member states as of 2019, according to its website.

South Korea's capital city of Seoul is one of the nine cities in the world where UNIDO's Investment and Technology Promotion Office is located, which is meant to promote investment and technology transfer from advanced nations to developing countries. 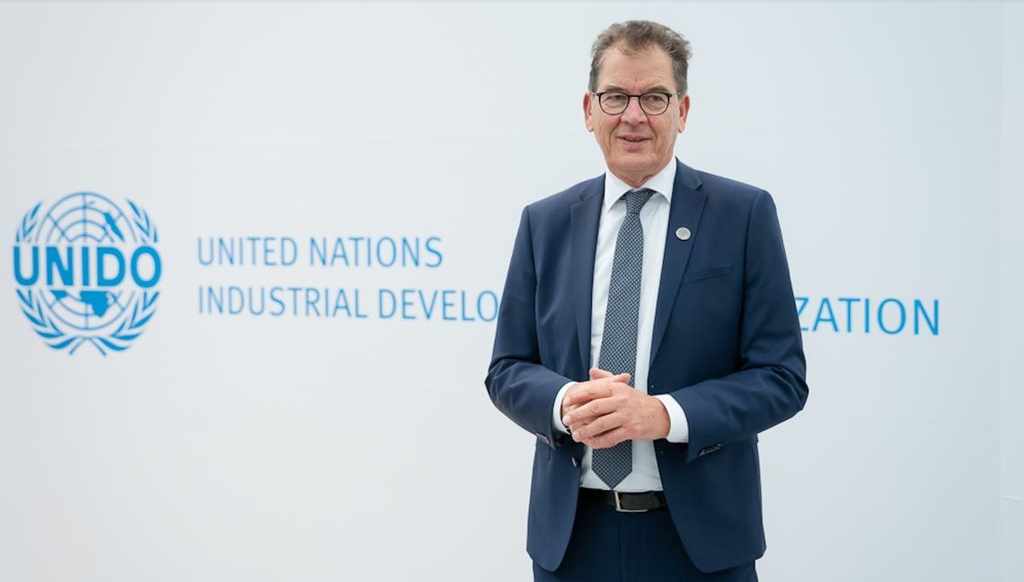