SEOUL, March 9 (Yonhap) -- A Seoul court on Wednesday issued an arrest warrant for a YouTuber accused of having attacked ruling Democratic Party chief Song Young-gil with a hammer during a campaign event for the party's presidential candidate Lee Jae-myung earlier this week, sources said.

The Seoul Western District Court issued the warrant for the man in his 70s, citing risk of flight.

The man is facing charges of having struck Song in the head multiple times with a hammer when the party chief was campaigning in Seoul on Monday for Wednesday's presidential election. Song was discharged from hospital Tuesday.

Earlier in the day, the man simply said, "I am sorry," as he appeared at the court for an arraignment to determine whether to issue the warrant. 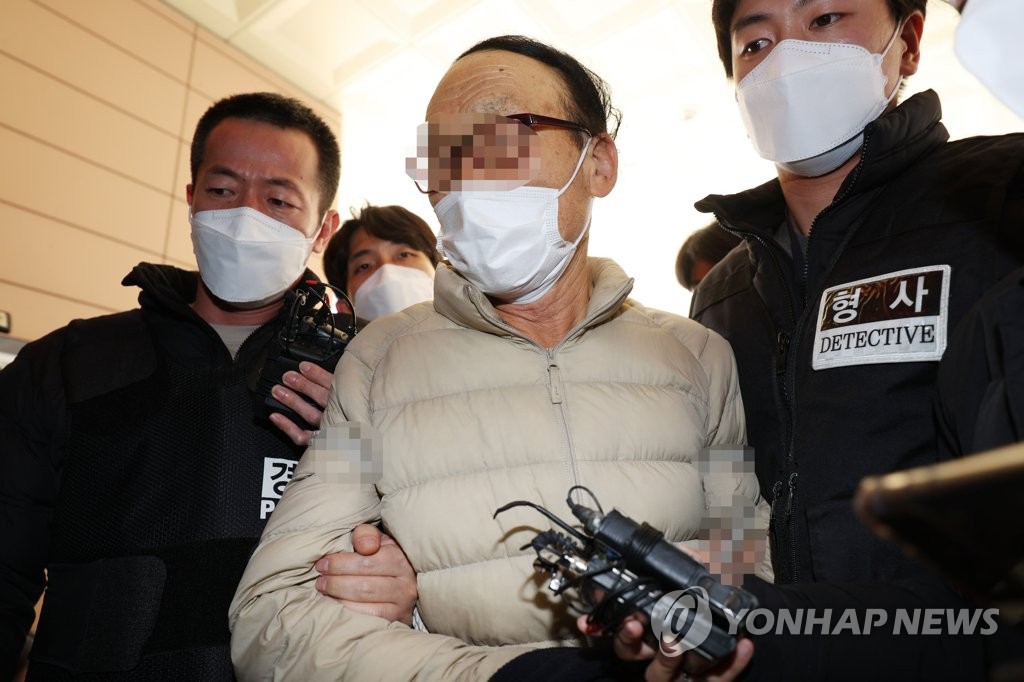