Lee of the liberal Democratic Party (DP) is expected to win 47.8 percent of the vote against Yoon of the conservative People Power Party (PPP)'s 48.4 percent, according to a joint exit poll by broadcasters KBS, MBC and SBS.

Sim Sang-jeung, the candidate of the minor progressive Justice Party, garnered 2.5 percent in the exit poll by KBS, MBC and SBS.

This year's election has been one of the closest presidential races in history, with Lee and Yoon neck and neck in opinion polls leading up to the vote.

Vote counting is expected to begin across the nation shortly after 8 p.m. 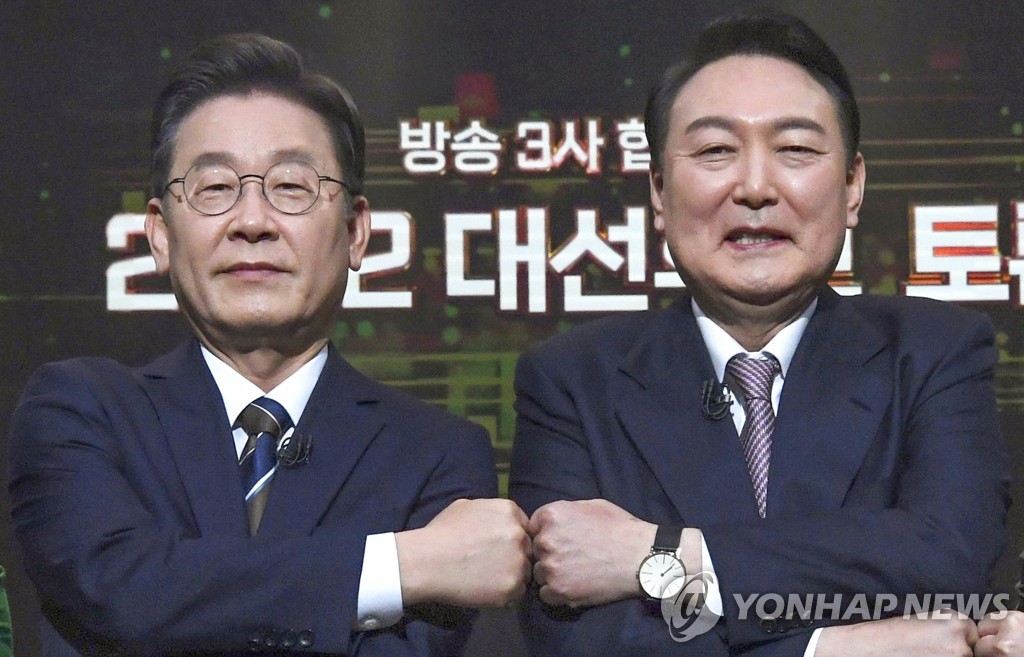